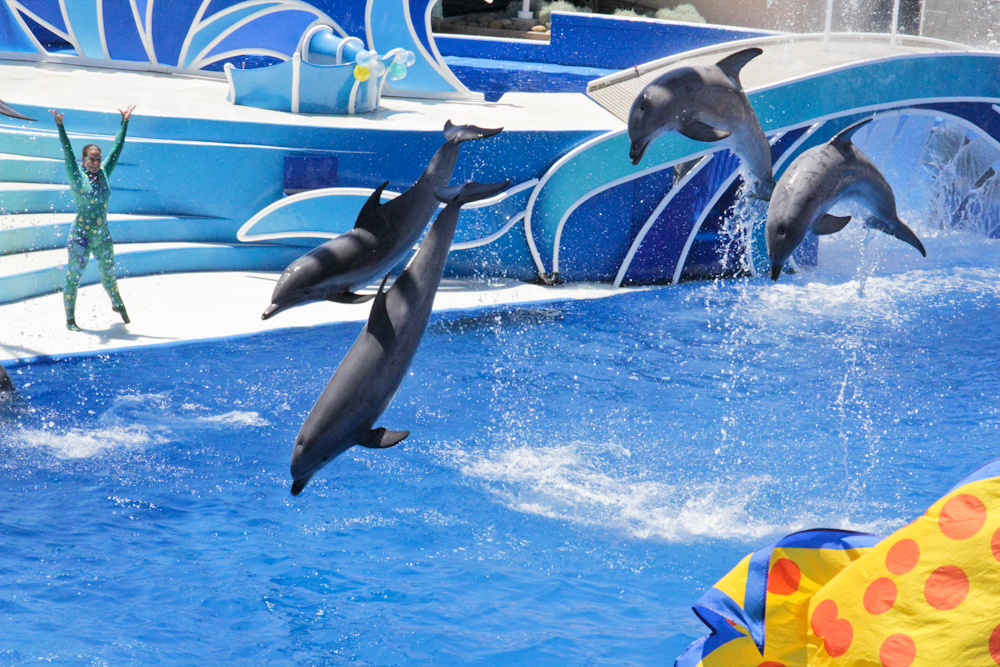 According to the Orlando Sentinel, SeaWorld Orlando is ending their Blue Horizons dolphin show. The Blue Horizons show featured “dolphins doing tricks alongside acrobats.” In SeaWorld’s attempts to make its theme park focus on conservation and animal rescue, they’ve created a new show that will instead seek to educate guests of the park about the dolphins.

The new show, entitled Dolphin Days, will premiere on April 1. The Orlando Sentinel said that Dolphin Days will teach guests “about how to protect the animals in the wild, and it will have a segment in which a volunteer from the audience gets an encounter with a dolphin and a green-winged macaw.” The last Blue Horizons show will be on March 31.

SeaWorld San Diego has their own version of Dolphin Days. Both shows on each coast will be similar, but they will not be a clone of each other.

This is part of a bigger change going on at SeaWorld. The theme park has already made changes to their orca shows, and they are continually trying to focus more on educating guests about their animals’ nature environments and behaviors.