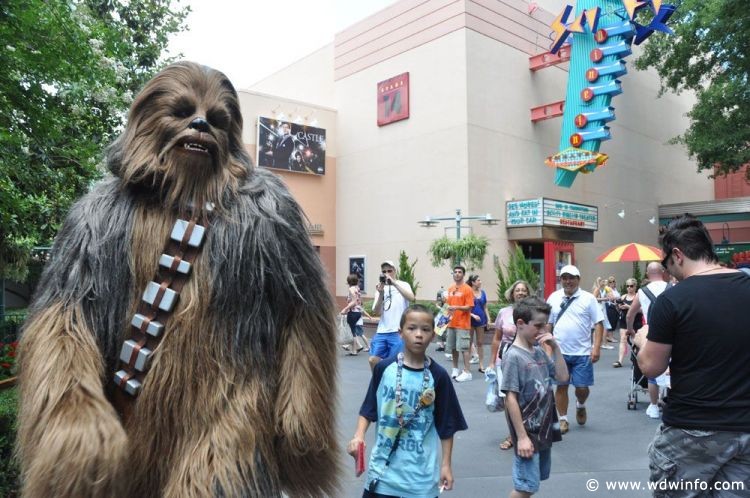 I am a Star Wars fan. There I said it. Well it may not be a surprise to anyone reading this since I have managed the Star Wars Weekend thread for a couple of years now. In 2015  the ‘big honchos’ at Disney gave us a low blow when they announced that our beloved, yearly event wouldn’t be coming back.

They said that it was because of all the changes that were coming to the park. It wouldn’t be possible to accommodate such an event, but they also said that we, the Disney/Star Wars fans, wouldn’t need to worry or be sad. There would be a huge Star Wars presence at the parks until we get the much anticipated Star Wars Land.

And so I calmed myself down and waited. It’s been a little more than a year, and as of right now we have a couple of Star Wars attractions and entertainments being offered. I will do a quick review of them vs what we would’ve got with Star Wars Weekends. So let’s begin. Star Wars Weekends: at least a dozen characters available for meet and greet around the park

Now: Only two, at Launch Bay

Now: a couple of entrees at Backlot Express Star Wars Weekends: a full on Star Wars parade, various panels with the actors from both film and television, pre-shows for the panels and for the fireworks, lastly the fireworks and celebrity autographs.

I appreciate Disney’s efforts to still bring Star Wars to the park while the construction of the new land begins, but it’s a poor substitute. The excuse that there isn’t enough space for Star Wars Weekends seems to have been shattered by Disney offering Star Wars Galactic Nights; where, for a price, you will see some of the offerings that they used to have for free during the annual event.

And so I ask, why not bring Star Wars Weekends back?