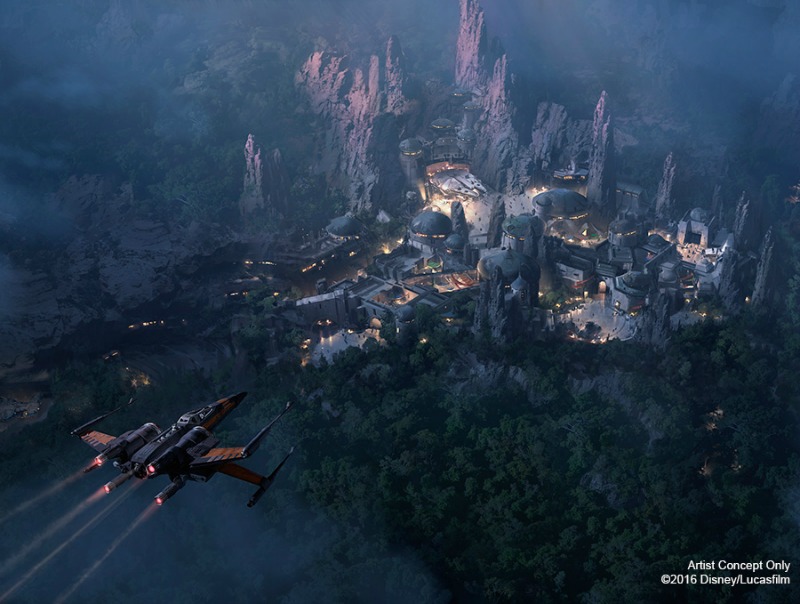 The Walt Disney Company has just announced that the much anticipated Star Wars Land will open sometime in 2019 at both Disneyland Park in Anaheim, CA and at Disney’s Hollywood Studios at Walt Disney World in Orlando, FL. Disney has previously stated that these are “the largest-ever, single-themed land expansions” for both of these locations.

Guests can look forward to being transported to a never-seen-before planet where the storytelling that Disney is so well known for will come to life with beloved Star Wars characters and signature attractions.

Right now, it seems like 2019 is so far away, but when Disney creates something for its guests, they create it forever; not just for a couple of years. Take a look from almost a year ago where we shared the original concept art with you and let us know in the comments what you’re most looking forward to!