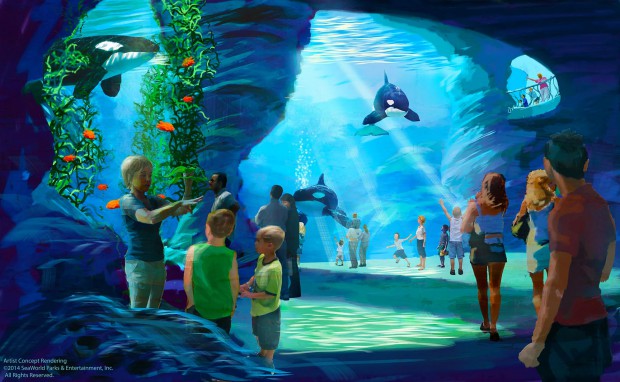 SeaWorld San Diego has withdrawn its request from the California Coastal Commission for approval of its $100 million Blue World project, which would have doubled the size of its killer whale habitat.

SeaWorld’s letter to the commission continues, “Closing the Blue World application file at this time means SeaWorld’s legal challenge to the proposed project conditions no longer is warranted.”

The Commission had approved the Blue World project, but with several conditions, one of which required SeaWorld to end all breeding of killer whales.  SeaWorld argued that the Coastal Commission did not have the authority to place those conditions.

Last month, however, SeaWorld CEO Joel Manby announced that SeaWorld would no longer be breeding killer whales at any of its parks.

SeaWorld says it will move away from theatrical shows and instead create educational encounters that revolve around the park’s conservation efforts.

The new attractions are expected to open in San Diego in 2017, with changes coming to San Antonio in 2018 and Orlando in 2019.