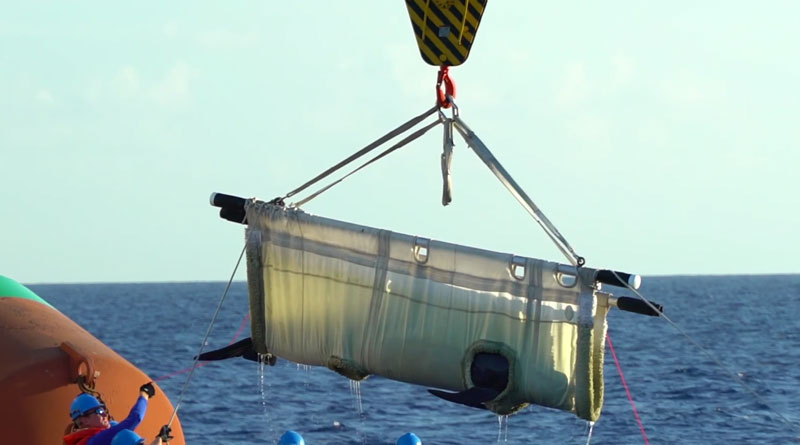 ShareTweetSubscribe
Thanks to a collaboration between SeaWorld Orlando and multiple organizations, a beached female short-finned pilot whale has been treated and released back into the ocean. Beach goers found the 725 pound member of the dolphin family stranded ashore in Dixie County, Florida on July 1st. She was quickly transported to SeaWorld Orlando for care, thanks to the efforts of rescue teams from the University of Florida and Clearwater Marine Aquarium. Once she was in SeaWorld's hands the whale was the subject of 24-hour observation and care, with the overall goal of getting her healthy enough to be released back into the wild. SeaWorld worked closely with the National Oceanic and Atmospheric Administration(NOAA) and the Southeast Region Marine Mammal Stranding Network, and the results of their combined attention worked rapidly to help the animal. SeaWorld said in a statement, "The pilot whale responded well to her treatment and began to show signs of improvement almost immediately. Upon arrival, she was able to successfully swim on her own and within one day, she began to eat fish." SeaWorld collaborated with NOAA to release the whale, desiring a release area that would give the pilot the best chance for rejoining other members of her species. They settled on a location 140 miles off Florida's west coast, in a deep-water area that pilot whales have been known to traverse. A satellite-link transmitter was implanted in the whale by researchers with the Chicago Zoological Society's Sarasota Dolphin Research Program, allowing her patterns and movements to be tracked and analyzed for months to come. To transport the whale safely to the Gulf of Mexico for her release, SeaWorld received the assistance of the U.S. Coast Guard in the form of the Coast Guard Cutter Joshua Appleby and her crew. On the morning of August 8th, "Gale" (the Coast Guard crew's nickname for the whale) was safely returned to the ocean. SeaWorld veterinarian Lara Croft was involved throughout the entire process of the whale recovery and release. She said in the statement,

"We all watched her strongly swim away. This story has been a true collaboration and we worked together with many dedicated partners. We are proud to be a part of this rescue, rehabilitation and successful release. This truly is why we all do what we do."