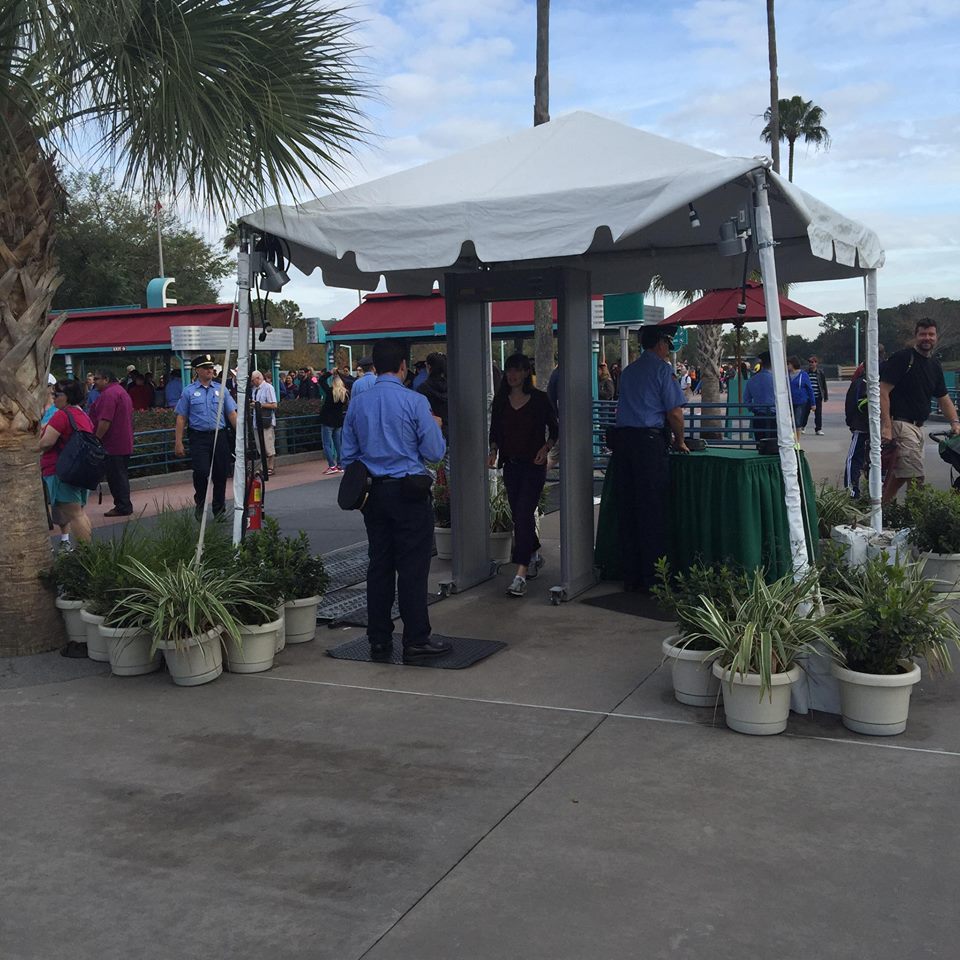 In light of the deadly shooting that occurred at an Orlando nightclub last night (June 11, 2016), the Disney theme parks are tightening up security measures. Disney added metal detectors to the front of their parks back in December, but not everyone was required to go through them at that time.

Reports on social media today are that lines to enter the parks are very backed up as most people are being directed through the metal detectors, regardless of whether they have a bag or not.

Mayor Buddy Dyer of Orlando has declared a state of emergency and blood drives are being held across the city.