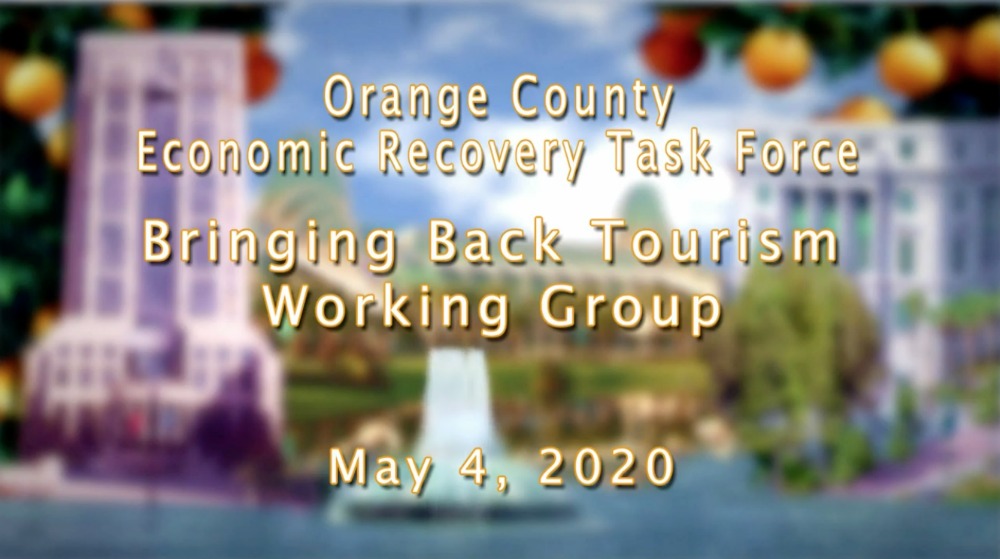 In one of today’s Orange County Economic Recovery Task Force meetings, Walt Disney World Senior Vice President Thomas Mazloum was in attendance and confirmed that despite online rumors, Disney does not have an opening date to announce.

When asked about Disney’s plans to reopen, Mazloum stated:

We do not have any opening date yet. As some of you may know, we, at this point, we’re taking bookings that were in June. That doesn’t mean we are opening in June. At this time, I just want to make it clear that we don’t have any plans to share about Walt Disney World or for that matter, any of our other parks at this point.

Clearly regulatory guidance is an important element of this in each area and country where we work and at this point, I just want to be clear that we simply don’t have any plans to share about Walt Disney World yet.

Chuck Whittall, Unicorp National Development President and the Chairman of the Task Force’s Reopening of Business Workgroup, mentioned that it’s been suggested that Walt Disney World may wait until January 1 to open and was looking for comment regarding that. Mazloum had the following response:

As you can imagine, I don’t want to comment on any speculation. I simply don’t have more information to share as of this point. We simply are closed until further notice and I’m not in a position right now to share anything publicly about Walt Disney World.

If you’d like to listen to the comments for yourself, you can watch the video below which is set to start just before the time Thomas Mazloum begins speaking.