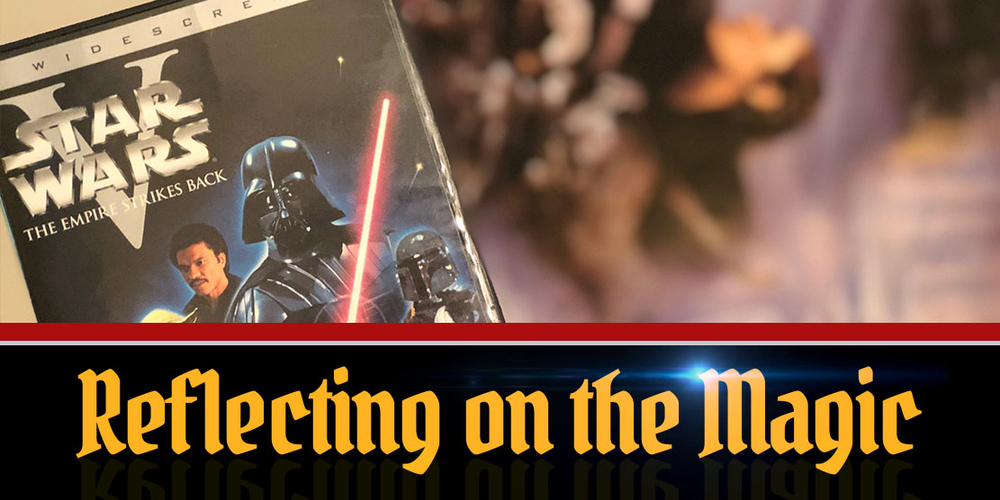 Today is a big day. Today, May the Fourth, is commonly known by Star Wars fans as Star Wars Day. You can’t spend more than 2.3 seconds on social media today without seeing someone’s May the Fourth post, and, as a fan, I love it.

This month marks the 40th anniversary of my favorite of the Star Wars films: The Empire Strikes Back. It’s always been my favorite; no matter how many prequels or sequels were released in later years, it always stood taller in my mind than the rest.

On a night like tonight, I’d be in Hollywood Studios, celebrating May the Fourth alongside bunches of other fans. I’d be wearing one of my Star Wars Musterbrand sweaters (never mind the fact that it’s 91 degrees outside today), I’d likely buy a t-shirt (I’m hoping that we’ll see one for Galaxy Edge’s first official May the Fourth next year), and I’d probably have the Batuuan Beef Pot Roast from Docking Bay 7 for dinner. But there’s always next year, right?

In The Empire Strikes Back, George Lucas took us to even more far off locations, and introduced us to characters the likes of whom we’d never see before. Hoth’s snowy landscape and Bespin’s etherial cityscape had me at hello. Never mind that we got to meet the fantastic Lando, and don’t get me started on the awe I felt over the towering AT-ATs. This episode was just so expansive.

It was Episode 5; the middle. Even after the releases of the remaining installments, it still sits near the middle as 5 of 9. It’s neither the beginning nor the end; and it closes (spoiler alert…you’ve had 40 years to see it) with our hero down a hand, our dear scoundrel frozen in a block of carbonite, and Darth Vader as the dad you never wanted. I love a movie with a happy ending; and yet, I’m more than fine with the dissonance we find at the end of Empire. Nothing is settled, and that’s okay. There’s still hope.

If I stop for a minute, I can easily see parallels between Empire and the moment in which we’re now living. I feel like we’re in the middle; in a chapter that’s not the beginning, and not yet the end. We don’t have resolution just yet, and things are quite perilous. Today’s actions and decisions impact tomorrow’s reality, much as they did for our friends from a galaxy far, far away. And I long for the ending, for the return – at least in part – of normalcy.

I hope that your May the Fourth has been a good one. If you plan to be in Galaxy’s Edge this time next year, let me know. We might just have to raise a Sour Sarlaac and toast the big day.

What about you? How are you celebrating May the Fourth? What’s giving you hope these days? Please let me know in the comments section below.