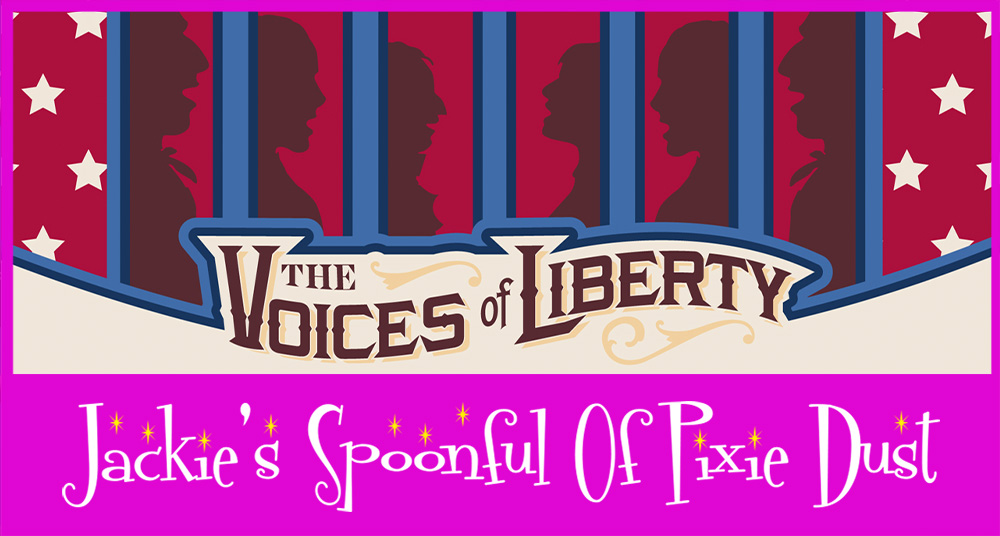 I am missing EPCOT a lot right now as I'm sure many of you are as well.

I love strolling around the World Showcase on a nice cool day in say, early February. You know, when the weather is actually mild and you're not feeling like you're walking on the surface of the sun?

One of my favorite things to do is to stop at each pavilion to watch the films and live performances. One of my very favorites is the a capella group that regularly sings in the rotunda at The American Adventure pavilion. The vocalists' patriotic melodies are simply beautiful. I especially love listening to this group during the Epcot International Festival of the Holidays when they sing Christmas Carols.

In this new video that was recently released by the Disney Parks Blog, the Voices of Liberty have virtually reunited for special friendship-related performances of You’ve Got a Friend in Me and Friend Like Me – take a look!

A few years back, I was lucky enough to go on a Backstage Magic private tour and we were taken behind-the-scenes of the American Adventure Theater. It was so cool to see how the gigantic set pieces were moved into place during the show. If you've never had the chance to see it, I highly recommend taking a break to watch!

In the meantime, I hope you are all staying safe and healthy as we all look forward to the day when we can once again visit Walt Disney World!