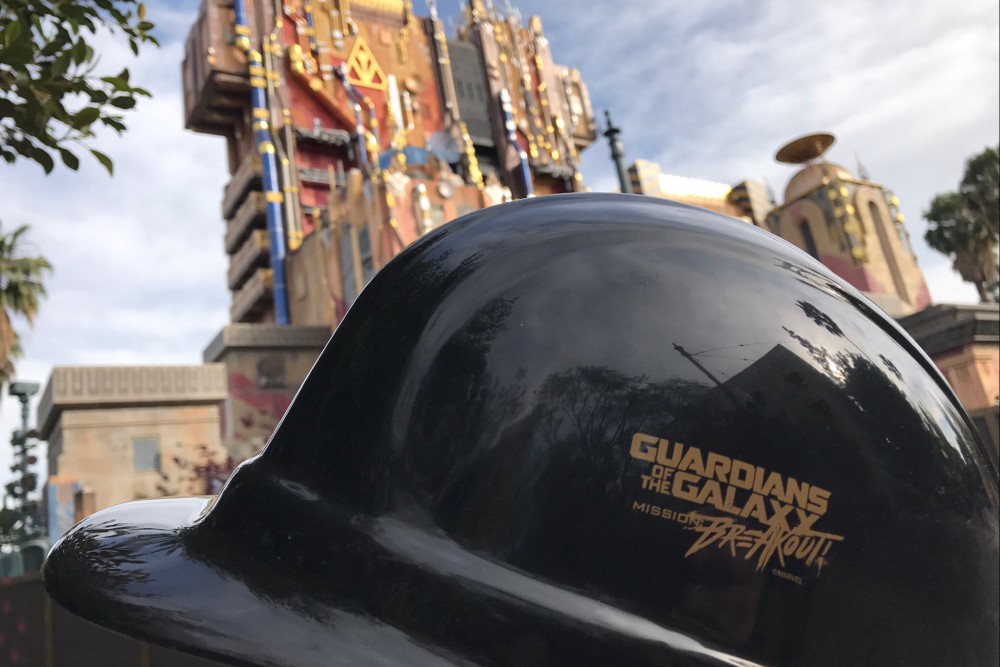 Tuesday, The DIS was lucky enough to get a “hard hat” tour at Disney California Adventure of the construction site where Twilight Zone Tower of Terror is being transformed into Guardians of the Galaxy-Mission: BREAKOUT!.

We weren’t able to take pictures, but we got to take a peak inside and were given some “inside information” from some of the team that is creating the new attraction.

The premise of the attraction is that the building is The Collector’s Fortress, which you are on a tour of.  The Collector is showing off his newest acquisitions…the Guardians of the Galaxy. During your tour, Rocket escapes and enlists your help to rescue the remaining Guardians. One of the most important questions that was answered during the tour is “how does the Collector’s Fortress fit in California Adventure or the Disneyland Resort?”

The answer given by the Imagineers was very simple: The Collector wants to show off his collection, so he built his Fortress at the edge of California Adventure, where he knew there would be thousands of tourists visiting each day.

The tour begins in the exterior queue, which not only features an 8-foot tall gold plated statue of The Collector, but also some of the interesting and exotic plants that he’s collected.

The lobby area of the queue gives guests their first view of the collection [below].  You’ll want to keep an eye out for connections to all parts of the Marvel universe, including television, movies, and comics. At the end of the room is a large monitor where The Collector will give guests a preview of things to come….and their first glimpse of the Guardians.

Next, guests are ushered into The Collector’s office by the docents (or tour guides), who have realized that Rocket has escaped and are trying to rush the tour along before things get out of hand.

We weren’t able to see the office, but this appears to be the old library area from the Tower of Terror attraction.

Both the lobby and office area feature music by Guardians of the Galaxy composer Tyler Bates.

Next, guests enter the maintenance bay, where they’re recruited by Rocket to help the Guardians escape. Guests are then loaded onto the attraction and begin to experience one of six different experiences.

Since Rocket needs to knock out the generator located in the top of the building, each of the different experiences begins with the elevator zooming to the top.

Each of the different experiences is accompanied by a different song reminiscent of the Guardians of the Galaxy soundtrack.  The songs featured are:

As guests exit the attraction, they’ll hear more music inspired by the film, plus they may possibly hear sounds of other parts of the collection that may have escaped as well.

The experience ends in the warehouse (gift shop), where workers are liquidating pieces of The Collector’s collection.

Guardians of the Galaxy-Mission: BREAKOUT! opens May 27th.