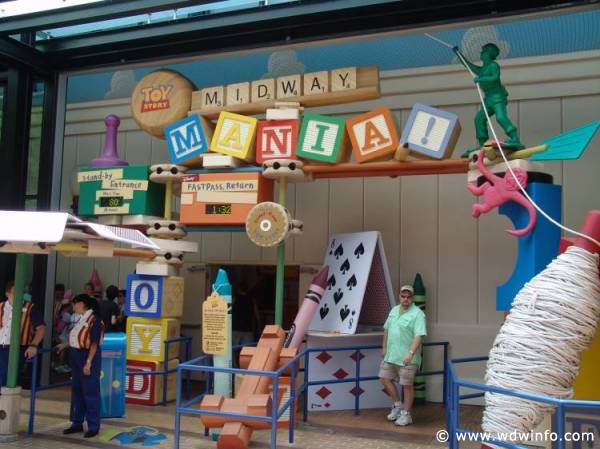 Both Soarin’ at Epcot and Toy Story Mania at Disney’s Hollywood Studios opened their newly expanded versions this weekend.

Soarin’ reopened on Friday, May 27 after being closed since January. The attraction is set to introduce a new film, “Soarin’ Around the World,” on June 17, but reopened on Friday to give guests a chance to see the original film for a little while longer. The upgrades to the attraction are complete, including a third theater to help with wait times and a new digital projection system. Reports of the new IMAX Laser projection system were positive. The standby line stretched from the front of the Pavilion all the way to the attraction, and stayed at around a three hour wait all day.

Toy Story Mania has just debuted a brand-new third track. This track is located in what was previously known as Soundstage 1 next to the attraction. Guests do not have to utilize a staircase over the track here and the cars will load and unload on the same side. The new loading area is themed like Andy’s bedroom, just like the originals. The addition of this extra track is already helping reduce wait times.