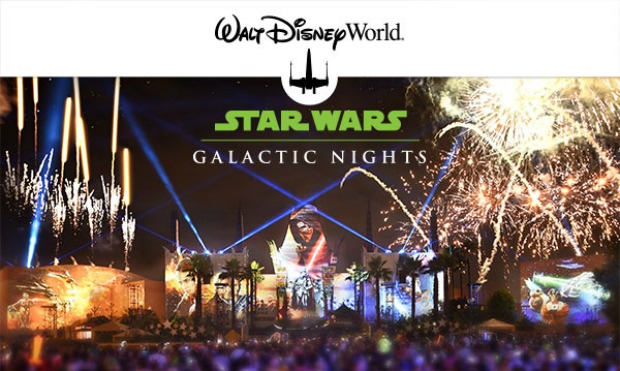 Star Wars: Galactic Nights is returning later this year! The event will be held after park hours from 7:00 p.m. until midnight with a Hollywood-style launch party and Disney’s Hollywood Studios will welcome Star Wars fans to celebrate the entire Star Wars Saga on December 16.

Among many thrills in store, guests can expect to enjoy Star Wars entertainment, special photo opportunities, event-exclusive merchandise and food & beverage, character greetings, a look at the ongoing Star Wars expansion coming to Disney’s Hollywood Studios and much more.

In addition to returning favorites like a Hollywood red carpet welcome, encounters with characters like Darth Vader and immersive photo backdrops of locations around the Star Wars galaxy, there are several thrilling new offerings for guests to explore.

Also new for this event, several premium offerings will be available to add on to the Star Wars: Galactic Nights experience. Intergalactic foodies can nosh on Star Wars-inspired food and beverage with a Galactic Tasting Sampler, and intrepid, Force-sensitive Younglings can explore their abilities with a Jedi Recruitment package.

Guests are able to purchase tickets now for this out-of-the-galaxy event by calling (407) W-DISNEY or visiting DisneyWorld.com.