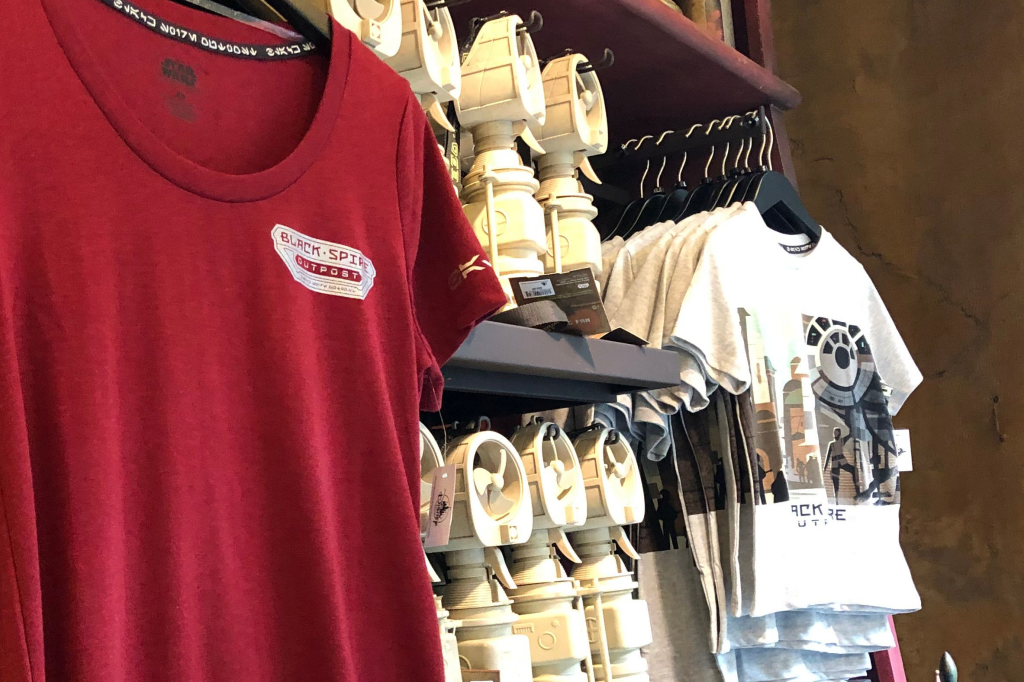 Earlier this week, we told you that a shipment of merchandise from Star Wars: Galaxy’s Edge had landed in Downtown Disney at the Disneyland Resort. Now we have word that, for a limited time, merchandise from Batuu will also be available in Disney Springs and online at shopDisney.com.

In addition, the Millennium Falcon popcorn bucket has flown in from Batuu and will be available from September 21st through 28 at the snack cart near Earl of Sandwich, paired with a churro or pretzel.

On shopDisney.com beginning September 28th, you’ll find a selection of Jedi robes and legacy lightsabers from Dok-Ondar’s Den of Antiquities. Over the next few months, other items may appear on the website, including toys, creatures, gear, and droids.

In other news, Dok-Ondar is also looking to expand his collection of legacy lightsabers beyond the twelve that have been offered. Look for the newest selection starting in the next month or so. Here’s a hint…it’s going to be one of the six below: