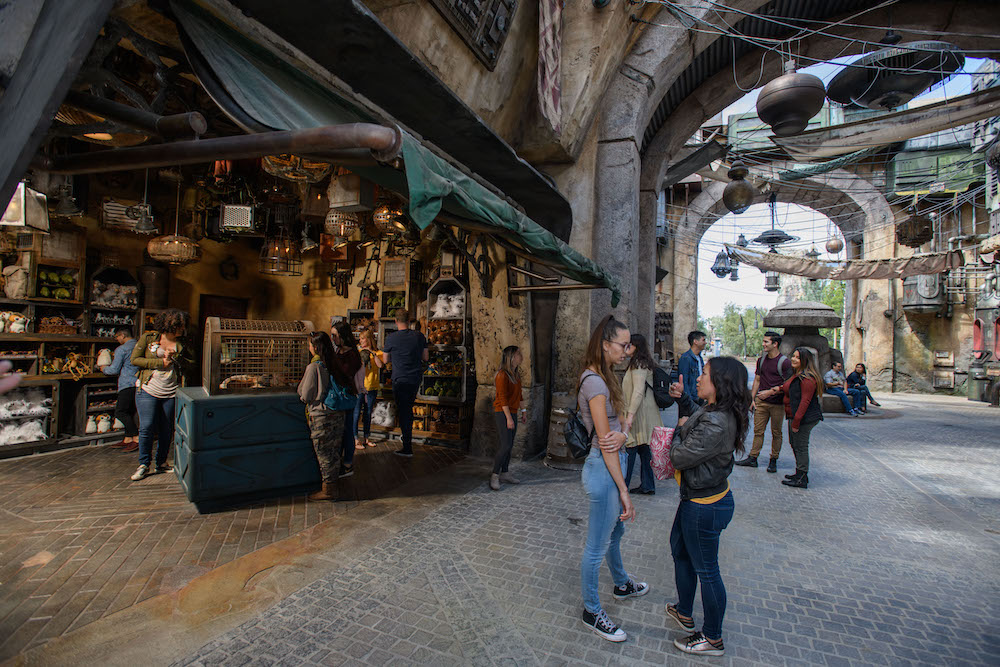 Star Wars: Galaxy’s Edge is where the Star Wars universe comes to life and guests are able to live the adventures, with interactive technology, characters and Cast Members.

This new land was built from the ground up to work with the Play Disney Parks App. Once guests enter Galaxy’s Edge, their mobile device becomes a Star Wars: Datapad, where they can play games and earn credits to unlock more storytelling. 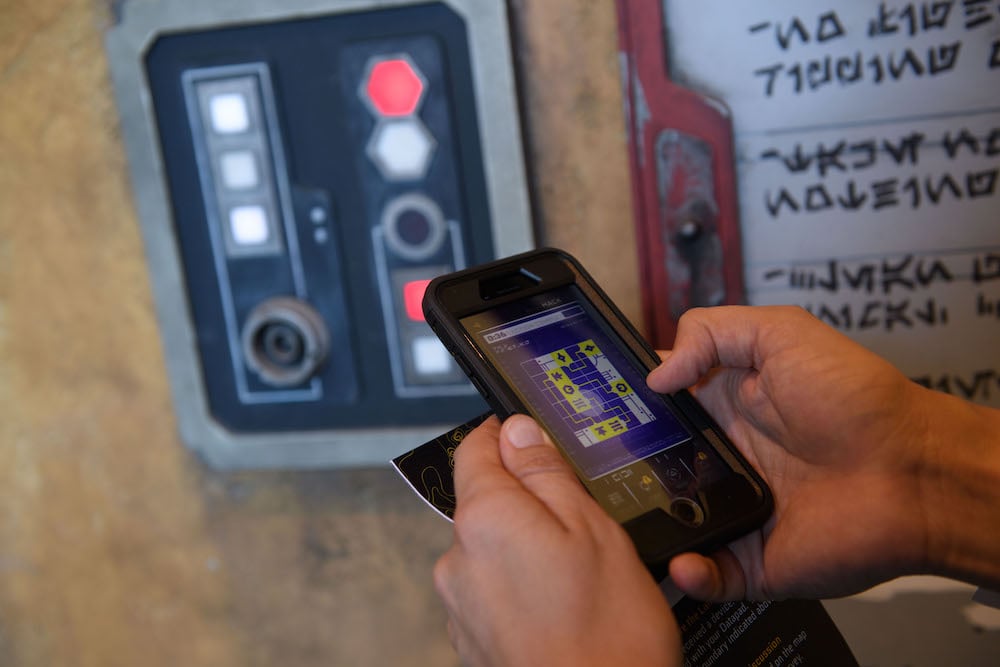 The main functions of the Datapad are:

The game has the First Order trying to install surveillance cameras in door panels so that they can spy on the Resistance, while members of the Resistance are trying to remove the. Guests can choose a side and start hacking panels. The winning side is the one that hacked more of the available panels at the end of the game.

Guests waiting for Millennium Falcon: Smugglers Run can also participate in an exclusive in-queue game where they prove to Hondo Ohnaka that they are prepared to pilot the Falcon.

In addition to the interactive Datapad, guests will also have a chance to interact with Star Wars characters throughout the land. 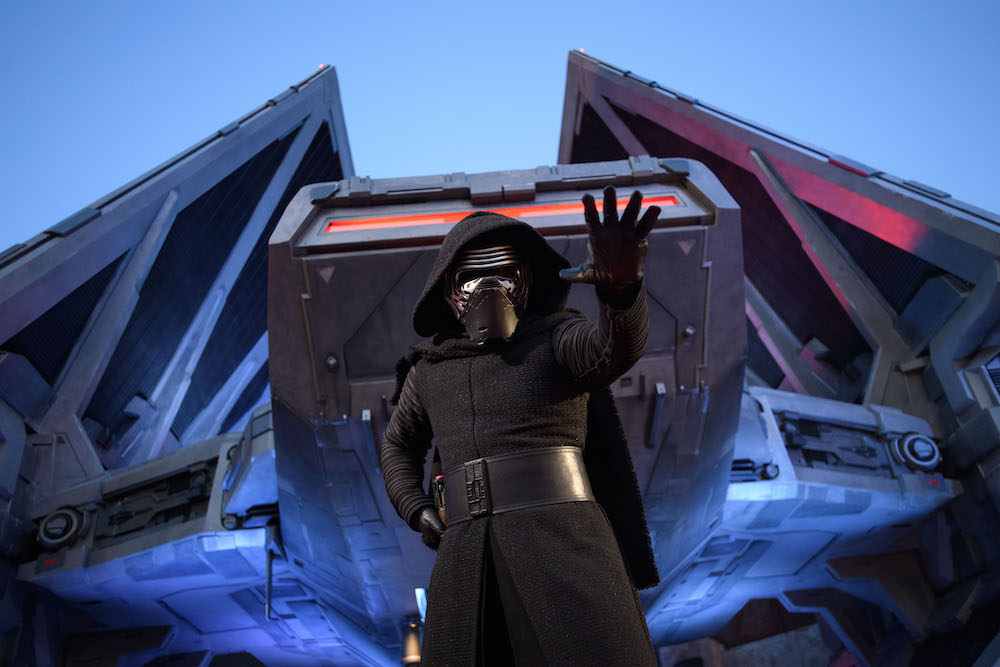 Cast Members inside Galaxy’s Edge also join in on the adventure. 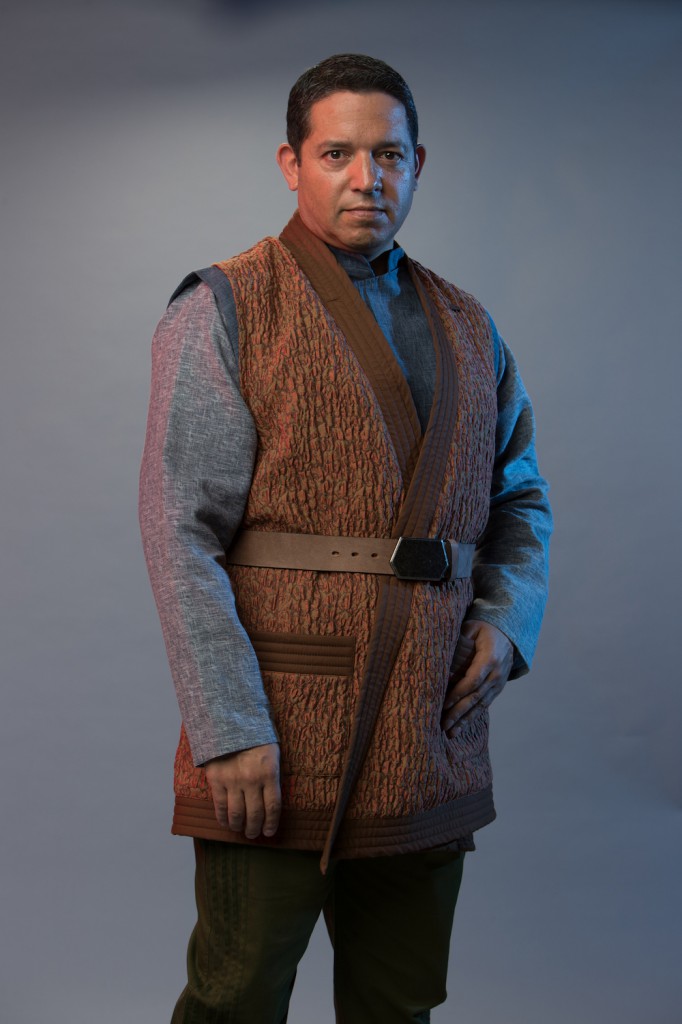 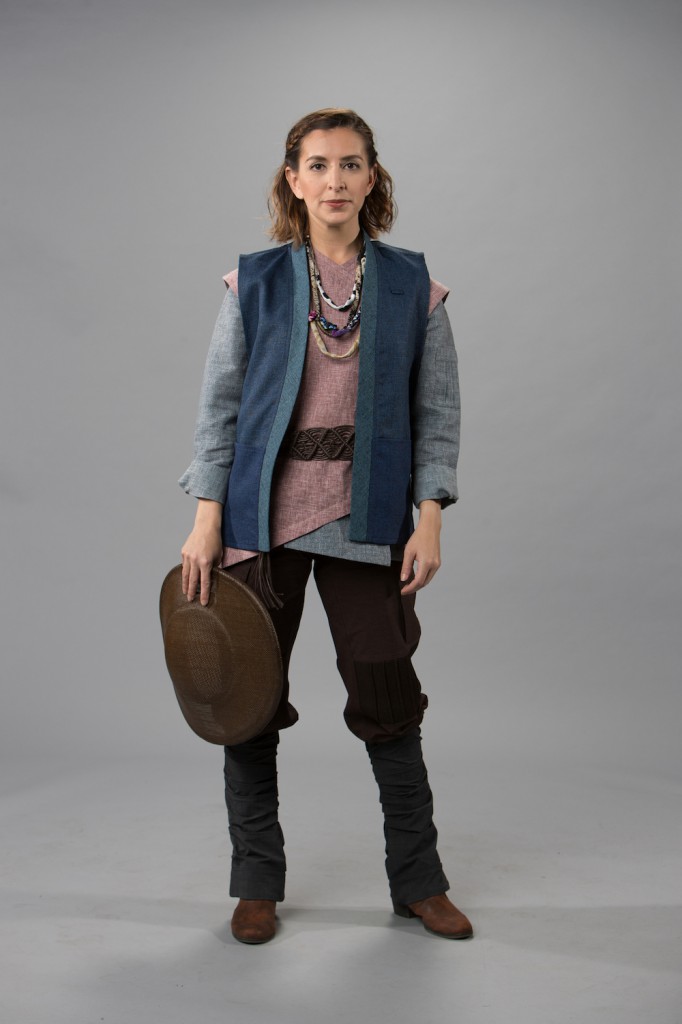 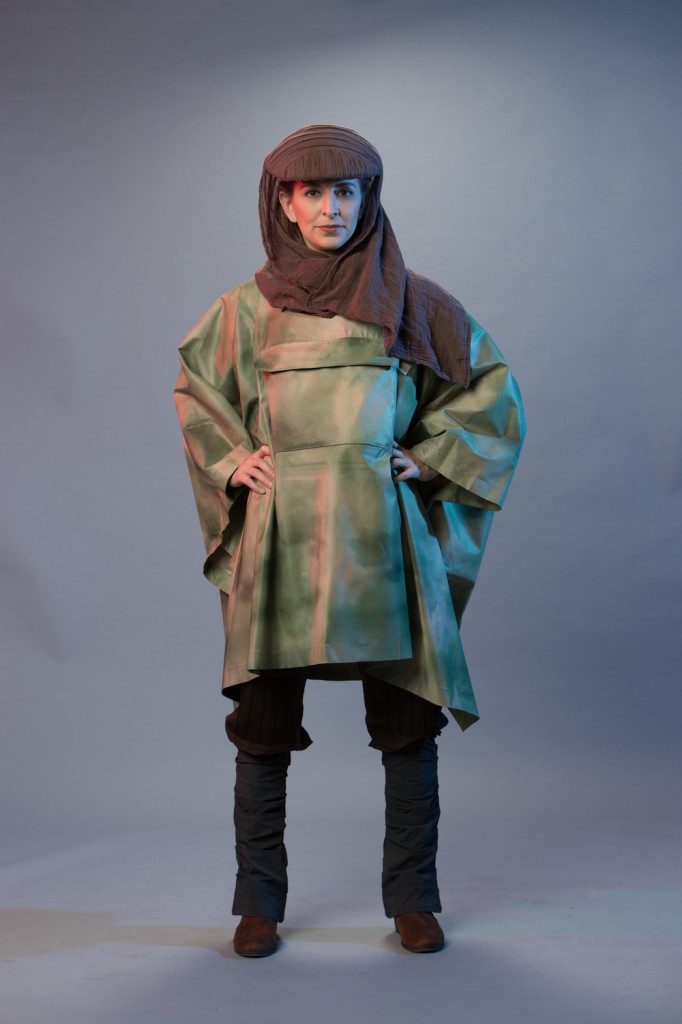