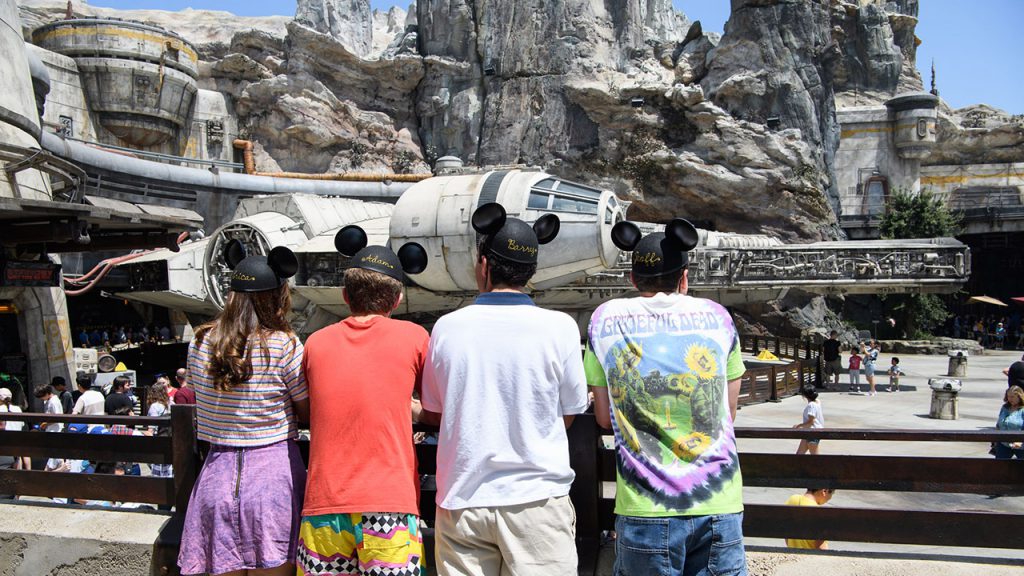 All this week, the Disney/ABC family of networks will feature programming with easter eggs, vacation giveaways, and sneak peeks into Star Wars: Galaxy’s Edge in both Disneyland Park and Disney’s Hollywood Studios.

Don’t miss appearances by Star Wars characters throughout the week, a preview of Star Wars: Rise of the Resistance on Good Morning America, easter eggs, and other surprises.

Learn more from the trip that the College GameDay commentators took to Hollywood Studios.

Catch the story of a family of fans visiting Galaxy’s Edge for the first time, including a visit with Chewbacca.

Disneyland guests can experience a preview of this week’s episode of The Goldbergs inside the Main Street Opera House today (Monday, September 23) until 9:00pm.