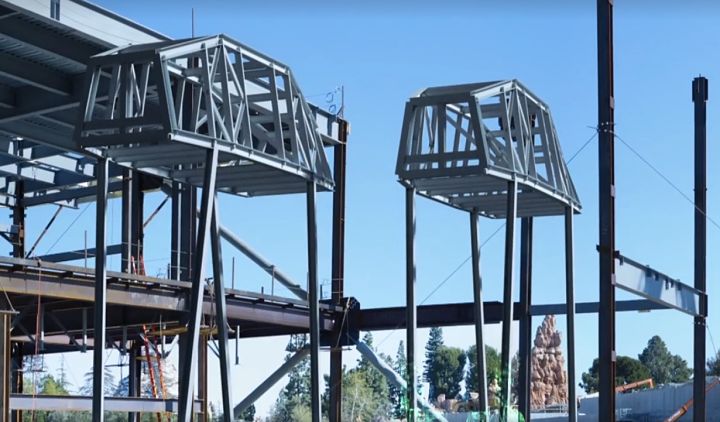 The Walt Disney World Facebook page released a sneak peak of the construction of two large AT-ATs. The video clip starts off with a picture of the construction of two AT-ATs, and slowly transforms into a computer generated version of the completed four-legged combat walker. The video is clearly from Disneyland’s Star Wars Land, as Big Thunder Mountain Railroad is visible in the background of the video, but both Disneyland and Walt Disney World’s Star Wars Lands are supposed to open sometime in 2019. It is hard to tell for certain, but it does look like these AT-ATs will be inside a building when the project is completed.

Update: Another picture, which is featured below, of the AT-ATs was posted on Oh My Disney today.