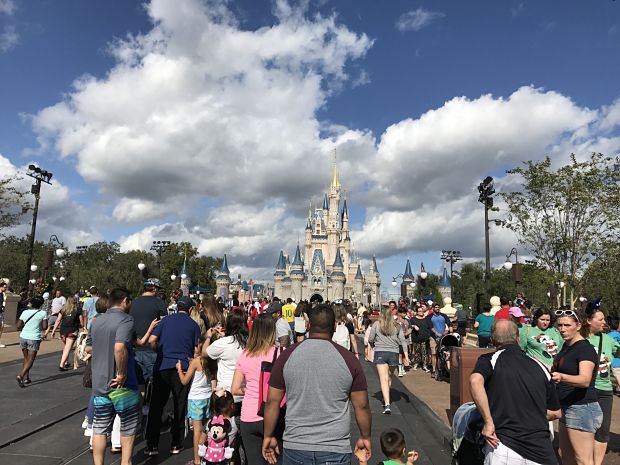 Most guests in a Disney park are great, but here are the 7 steps that can make any guest into a nightmare for everyone else in the park. I wish this went without saying, but please do not attempt to use this list as a guideline on your next park day. It is okay to be critical of Disney. You’re spending a lot of money on your vacation, so you have that right. With that being said, if you find something to complain about for every single thing you do, you are going to drive everyone else in your party insane. If it is constructive criticism that you want to bring up to guest relations that is one thing, but if you are complaining for the sake of complaining then no one is going to want to hear it. Cast members’ number one concern is the safety of the guests. So, when guests don’t listen to their instructions it can become extremely frustrating. For example, a cast member might tell a guest to “please stand behind the yellow line, the doors will be opening soon.” They are doing this not because they want to be domineering or rude, it is simply because they don’t want the guest to get hurt. Some guests disregard the instructions of cast members because they don’t respect them, and look down on them as minimum wage workers who they are “better than.” Even if it is done with no ill intent, it is important to always be aware of your surroundings and what a cast member instructs you to do, because they might just be keeping you safe. Disney park theaters usually fill up, so it it crucial that guests move all the way to the end of the row. It may be frustrating when you got there first, but that is just the way the cookie crumbles. Shows at the Disney parks are meant to let you in really fast, and out really fast. There isn’t enough time for everyone to find the perfect seat. It is best if you just pick a row and go down as far as you can. If you really want to get a view closer to the middle of the theater then you should intentionally let people enter before you do.

On the other side of the coin this rule really comes down to judging the crowd. If it doesn’t look like the theater will fill all the way up, then maybe go down 75% of the way. Just use common sense and courtesy to the rest of the guests. For example, Walt Disney’s Carousel of Progress very rarely fills up, so there are exceptions to the rule; but like I said, just use common sense. 4) Willfully Unprepared for Everything

Have you ever been behind someone that gets to the front of the quick service food line, and then proceeds to asks all 15 members of their family reunion what they want to eat? It is extremely frustrating, especially when they’ve previously been twiddling their thumbs in line for 5 minutes. Another example of this is when a family in front of you at a meet-and-greet isn’t prepared to meet the characters. By this I mean they don’t have their autograph book open and ready, they need pictures taken on 5 different password-protected phones, and they just lack any empathy for the family behind them that is patiently waiting. 3) Use Flash Photography on Dark Rides

The best way to ruin the ride experience for everyone around you is to take flash photography on a dark ride. Not only does it take everyone else out of the theming of the attraction, it is also just incredibly annoying. It can become even more frustrating after you and your family have waited in a long line to ride said attraction. The Disney parks are crowded now-a-days. There can be a lot of bottlenecks where guests are shoulder to shoulder with each other. In these instances it is incredibly annoying if you do, what I call, the Walk-and-Stop. Essentially you and your family are walking along with the pace of the rest of the crowd, and then suddenly stop on a dime. Typically guests do this to look at their phone, a park map, or just randomly decide that this heavily crowded area is the perfect place for a break. Is it the end of the world? No of course not, but it is incredibly annoying. I understand that it isn’t on purpose, and I’m sure I’ve been guilty of doing this myself, but everyone just needs to be a little more aware of their surroundings.

Well this escalated quickly, but yes if we are going to talk about being the worst guests in the park then this is a bar that has already been set. Unfortunately some guests have resorted to violence in the past, and it typically is over small petty frustrations. I’ve seen a cast member friend of mine pushed against a wall by a guest because the guest was late for their FastPass return time, and the cast member wouldn’t let them in. This is a huge no-no that will immediately get a guest kicked out of the park. If you have frustrations with a cast member or another guest, talk to guest relations or security. Never take it upon yourself to “handle” a situation by punching, shoving, or kicking your way out of it. Not only is this a bad situation where the cast member and the guest could get hurt, it also ruins the atmosphere of what is supposed to be the “happiest and most magical place on earth.”