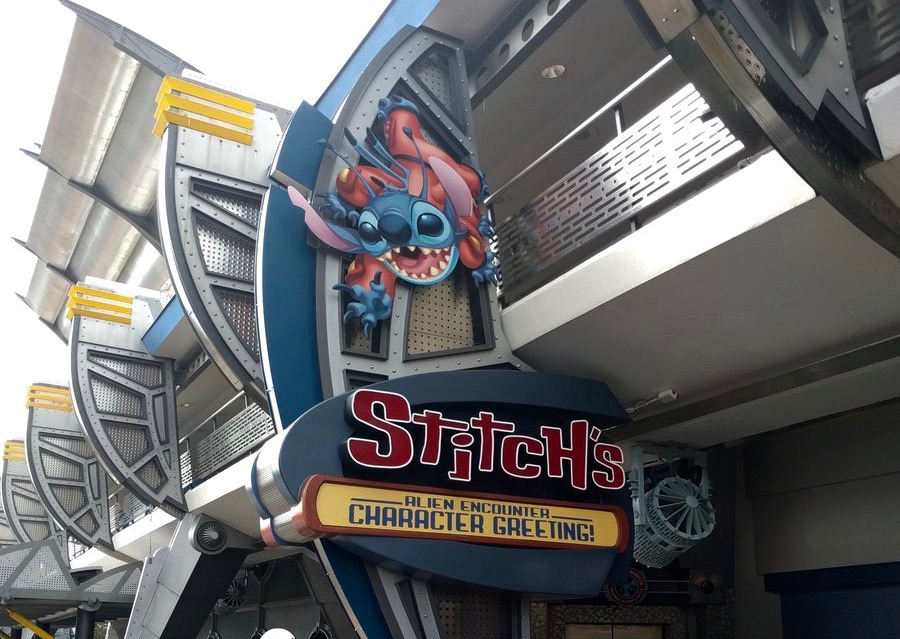 Update 10/6/17: Disney has confirmed that beginning October 8, the queue of Stitch’s Great Escape will be used as a meet and greet location for Stitch. This has been speculated since October 2 when the new signage for the meet and greet location was seen in the Magic Kingdom’s Tomorrowland. Additionally, Disney has stated that Stitch’s Great Escape! will still be considered a seasonal attraction, so at this time it is not considered to be closed indefinitely.

Original 10/2/17: Multiple Twitter accounts have been posting photos showing that the signage at the former location of Stitch’s Great Escape in the Magic Kingdom’s Tomorrowland has been changed to read Stitch’s Alien Encounter Character Greeting! At this time, Disney has not officially announced that the attraction itself is closing, but the change in the signage does seem to mark an end to the attraction.

Presumably, the location will be used for guests to meet and take pictures with Stitch, but again this is all going off our interpretation of the sign.

Stitch’s Great Escape became a seasonal attraction last year and has been open sporadically during busier times of the year.