The brand new trailer and movie poster for Disney and Pixar’s upcoming Onward has just been released.

But first, take a peek at Chris Pratt and Tom Holland’s reaction to it when they previewed it yesterday.

Here’s how Chris Pratt & Tom Holland reacted when they saw the brand-new trailer for #PixarOnward. Tomorrow, it’s your turn.

Watch the video below to see the beginning of Ian and Bailey’s quest.

Set in a suburban fantasy world, Disney and Pixar’s Onward introduces two teenage elf brothers who embark on an extraordinary quest to discover if there is still a little magic left out there. Pixar Animation Studios’ all-new original feature film is directed by Dan Scanlon and produced by Kori Rae—the team behind Monsters University. 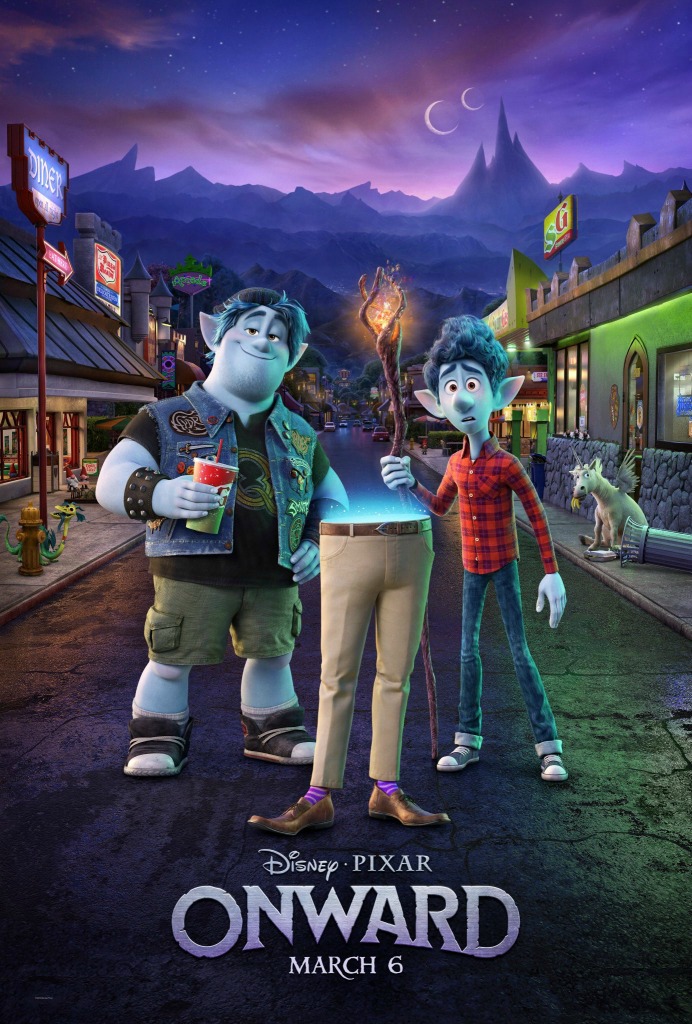