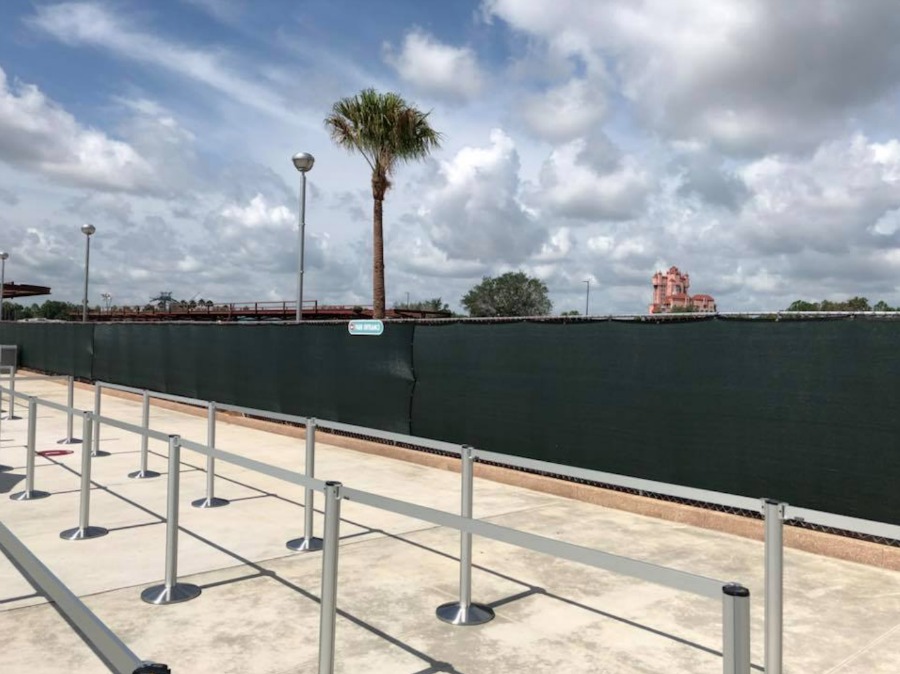 UPDATE: Note from the author: The experience shared below is from a guest who was at Disney’s Hollywood Studios on the morning of 8/15/18. The example of the person being “an experienced and fast runner” was used to make folks aware that we are referring to an in-shape person, but also one who was not trying to set a new PR while on their vacation. In full disclosure, your mileage may vary when you walk from the new bus stop area to the park entrance.

Guests visiting Disney’s Hollywood Studios in the near future who plan on arriving at the theme park via Walt Disney World buses should be aware of the temporary drop off/pick up area that has just opened while the old area is under refurbishment.

This new area is quite a good distance from the main entrance of the theme park – like around half a mile. As an example, it took an experienced and fast runner 20-minutes to walk from bus stop number one to the entrance of the park; that bus stop is the closest one to the entrance. This guest arrived on a bus from Disney’s Pop Century Resort which was assigned to bus stop one and happened to notice that the Deluxe Resorts were assigned the highest numbers; 23, 24, 25, etc. In the image above, you can see how far away the Hollywood Tower of Terror is and below, you can see where one of the Skyliner towers is located – that’s how far away this area is. Also, you may notice what seems looks like miles of metal switchbacks that go on forever with no shade at all other than the small green umbrellas you see periodically. Typically, those umbrellas are used by transportation Cast Members who are standing outside monitoring. A “Cool Bus” has been parked around bus stop number nineteen inviting guests to step in and cool off if they need to. While we know that the new drop off/pick up area is temporary, we do not have an estimate of an end date so we’re advising guests to bring plenty of water, sunscreen, and even your own umbrella to shade yourself.