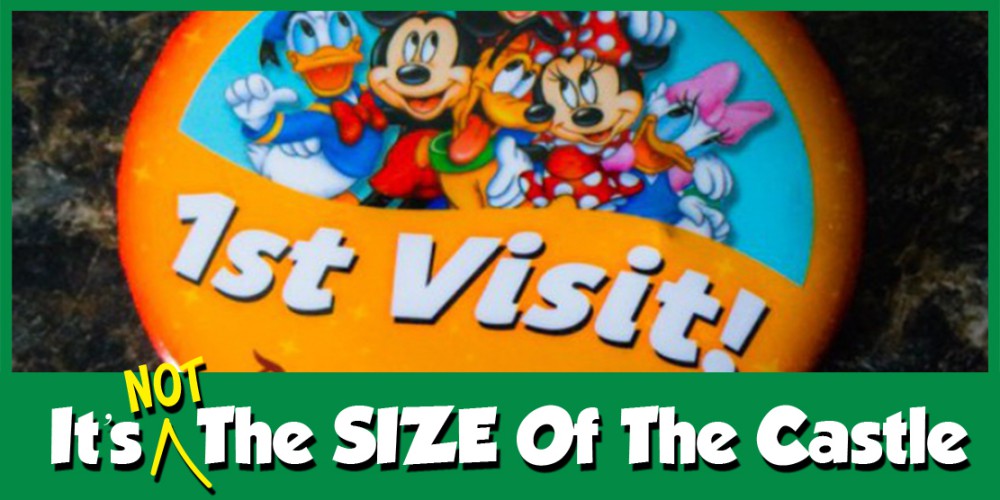 If you’re reading this, you probably have at least a little more Disney parks knowledge than the average tourist. Are you the resident expert in your office and called upon to help plan your co-workers Disney vacations? Do you bite your tongue when friends talk about the “haunted house ride” or confuse Disneyland with Walt Disney World?

With the power of knowledge, though, comes responsibility. What if their vacation is not as magical as you said it was going to be? What if they hated your favorite attraction or the restaurant you recommended? How do you deal with the pressure?

It’s even harder when you are not only asked for advice, but are traveling with your friends or co-workers and have to play “tour guide.”

Recently, I got the chance to do just that, and it didn’t turn out at all like I expected (or planned).

I visited the Disneyland Resort with two friends, one of which was a first time visitor. His only other experience was a week-long family vacation to Walt Disney World when he was a kid.

It took everything in me NOT to be the obnoxious Disneyland “expert” tour guide. I just wanted to enjoy the parks with friends. Yet, I was looked to for advice and direction every step of the way.

Other than springing for Disney MaxPass, we did everything wrong this trip. We took the first time visitor into Disney California Adventure first. We stopped for two extended meals. We left before fireworks.

We did everything wrong, and still we had a great day.

After an early wake up call, we drove down to Anaheim, but our 4 hour drive stretched to 5 with traffic (and a stop at the golden arches). The parks weren’t opening until 9am that morning and we had fully intended to be there for opening, but didn’t arrive until after 10am.

Now, as much as I TRY not to be the jaded Passholder, I will never understand why so many people wait until they get to the resort to purchase their tickets. When I heard the person in front of us buy a one-day ticket, I had to bite my tongue.

There are so many ways to get tickets in advance now, you should NEVER wait in that horrendous line unless you absolutely have to. We had to.

One of my friends was eligible for military tickets (a great discount!), but you either have to visit a military base or wait in THAT LINE to get them. Considering the discount, it was well worth the wait.

Once inside the parks, I bought everyone MaxPass, but still tried to leave the FASTPASS choices up to them. Normally, I would have been crisscrossing the parks being the “FASTPASS runner,” so the extra cost for MaxPass saved the wear and tear on my Crocs.

Despite our lack of planning, MaxPass did its job and made me look like the tour guide I wasn’t. With very little planning and less than 10 hours in the two parks, we were able to experience many of the E-Tickets and several old favorites. I think I counted 12 attractions*, plus Great Moments with Mr. Lincoln and Frozen-Live at the Hyperion. We also stopped for lunch in California Adventure and dinner in Disneyland Park.

Lunch at Boardwalk Pizza & Pasta was just a matter of a convenient location, but when it finally came time for dinner, the tour guide in me so badly wanted to insist on Plaza Inn (because I NEEDED that chicken). I tried to play it cool, because the worst thing you can do is oversell something. In my imagination, I pictured the conversation going something like:

ME: “This chicken is the best chicken in the whole universe!”

Luckily, after exiting Space Mountain, the smell of Plaza Inn fried chicken wafted through Tomorrowland and we floated…just like in the cartoons…over to The Hub to “check out the menu.”

There was no line outside and air conditioned seating inside, so we took that as a sign. I also must’ve been sending out some subliminal advertising, because we all ordered the chicken. I quietly ate mine…waiting for the verdict.

FRIEND 1: “I love these green beans.”

It appears that the tour guide did well with the dinner selection. After dinner, we stopped at a few more attractions, then the early morning drive started catching up with us. We had great hopes of closing out the park, but it was not to be.

However, once again our bad decision paid off as we were out of the park, rode the tram, and halfway up the Mickey & Friends escalator before the fireworks started at 9:30pm.  We were back to our hotel, into our swimsuits, and enjoying the hot tub while everyone else was stuck in the mass post-fireworks exodus.

As I said in the beginning, despite lack of planning and a reluctant tour guide, we had a great day at the Disneyland Resort.

Our plan was to head to the parks again the next day, but we awoke the next morning and decided that there was no way things would go our way two days in a row, so we didn’t press our luck and headed home.

While I didn’t want the job in the first place, I think my stint as tour guide went well enough that I might give it another go when my buddies head back down to Anaheim in a couple months.

I just hope they can keep their expectations in check.

*For the curious readers that want to know what attractions we were actually able to experience during our horribly planned day, here’s the list (in order…I think):