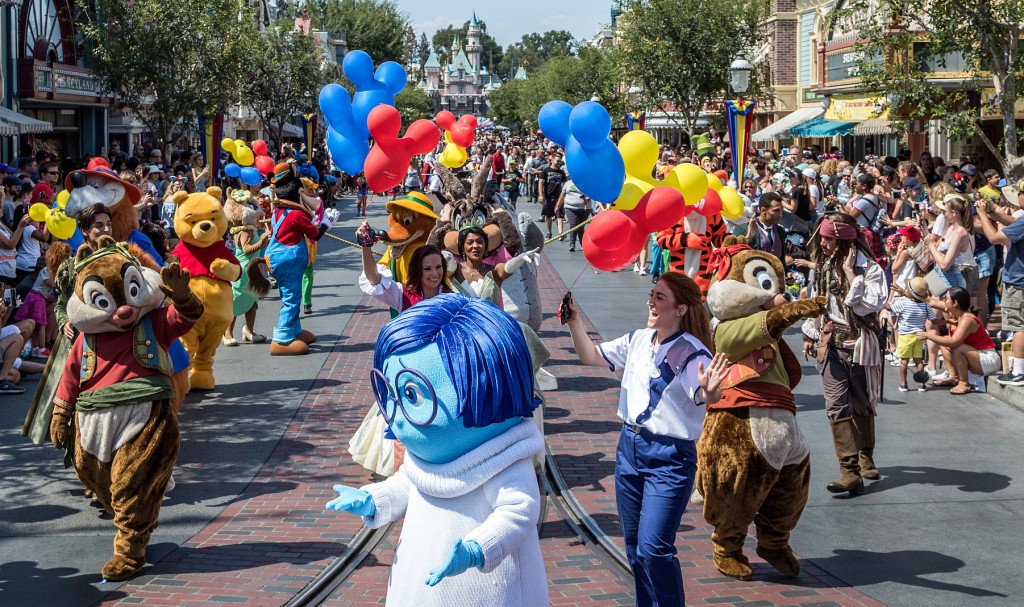 The Disneyland Band, along with Mickey Mouse and his friends, will be traveling down Main Street in Disneyland Park for some special performances beginning July 18th.

Mickey and Friends Band-Tastic Cavalcade will take place twice a day along the parade route, with the Disneyland Band and Main Street vehicles, plus Mickey, Minnie, Donald, Goofy, and Pluto. The cavalcade, featuring special show stop moments, will also include some rarely seen characters that may change from day to day. Keep an eye out for Peter Pan, Captain Hook, Genie, Aladdin, King Louie, Terk, Marie, and others.

The Cavalcade will fill the space from when Mickey’s Soundsational Parade ends on July 17th and when Main Street Electrical Parade returns on August 2nd.