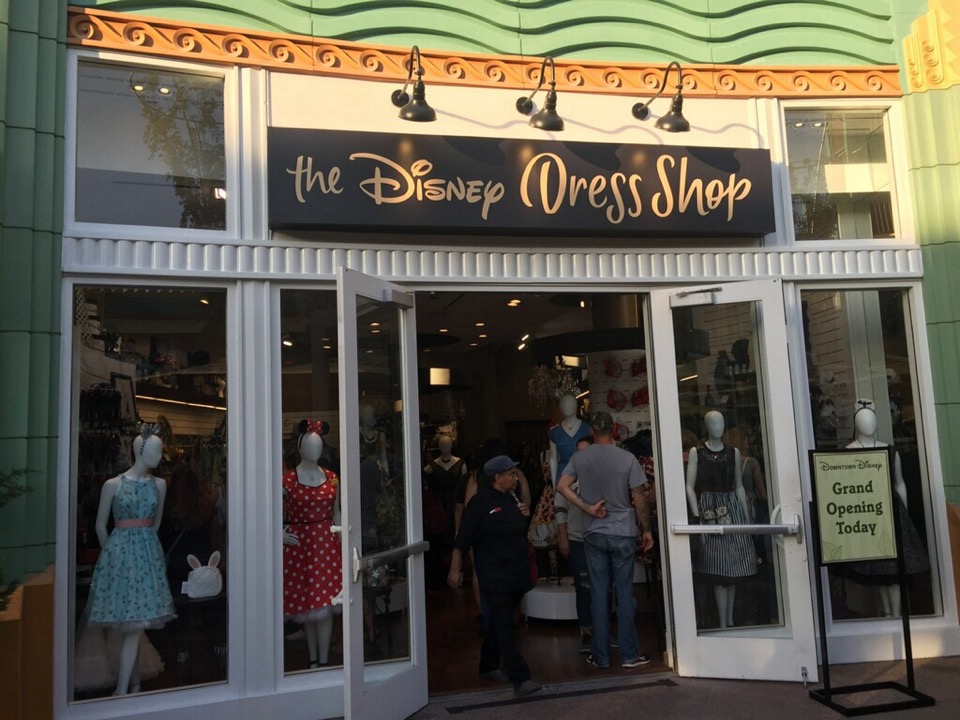 A new, probably temporary, dress store has opened in the former Chapel Hats location in Downtown Disney at the Disneyland Resort. A similar location opened at Disney Springs in Walt Disney World early this year.

The Disney Dress Shop will carry apparel created especially for Disney Parks, along with accessories and other items from Dooney & Bourke, Kate Spade, Disney Boutique, Alex & Ani, and Chrislu Disney Boutique. Much of the selection was once available at Vault 28, which recently closed.

Chapel Hats, along with RideMakerz and Build-a-Bear Workshop, were to close to make way for a new dining location. Chapel Hats is the only location that actually closed, with the other two locations expected to remain open through the holidays.