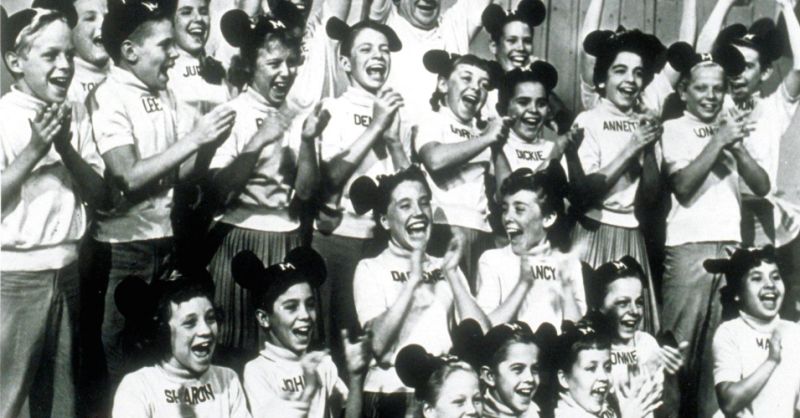 ShareTweetSubscribe
The beloved Mouseketeers are making a comeback; this time, for a Facebook audience. Yahoo! is reporting that Disney is in the process of creating a brand new series called "Club Mickey Mouse" which would be a "remixed version of the classic variety show 'Mickey Mouse Club' that aired" periodically between 1955 and 1996. Rather than airing on TV like its predecessor, "Club Mickey Mouse" is said to be a Facebook exclusive series. "That's the beauty," Josh Mattison, vice president of digital ad sales for Disney Consumer Products and Interactive Media, told CNBC. "We're not bound to one format. We're not bound to one length. ... You don't have those same lines when you're not producing 11s and 22s [referring to 11-minutes and 22-minute standard length TV series]." "The announcement was made during its Digital Content NewFront presentation in New York on Tuesday, which is an annual presentation where advertisers preview upcoming online video programming. Other Facebook shows included a series focused on millennial fathers, an animated gaming-themed show called 'Coin,' and an IBM-sponsored Star Wars series called 'Science and Star Wars,' which is also part of the Facebook Anthology program." "Branded content is a priority for Facebook," Rita Ferro, president of advertising sales for Disney, told CNBC. "We're going to be working with them on a bunch of things." "Club Mickey Mouse" is reportedly one of nine programs that have been created in partnership with Facebook Anthology, advertising partnerships between the platform, media companies, and brands. "It's really a partnership with Facebook where we come to the market together," Ferro said. Related: Maker Studios Will Become Part Of Disney’s Consumer Division Cast has not yet been named for "Club Mickey Mouse," but Disney will reportedly pull from Maker Studios, its in-house multichannel network and talent company. The original "Mickey Mouse Club" is most recognized for launching the careers of Annette Funicello, Ryan Gosling, Justin Timberlake, Britney Spears, Christina Aguilera and Kerri Russell, among several others. Source: Yahoo! Finance
ShareTweetSubscribe