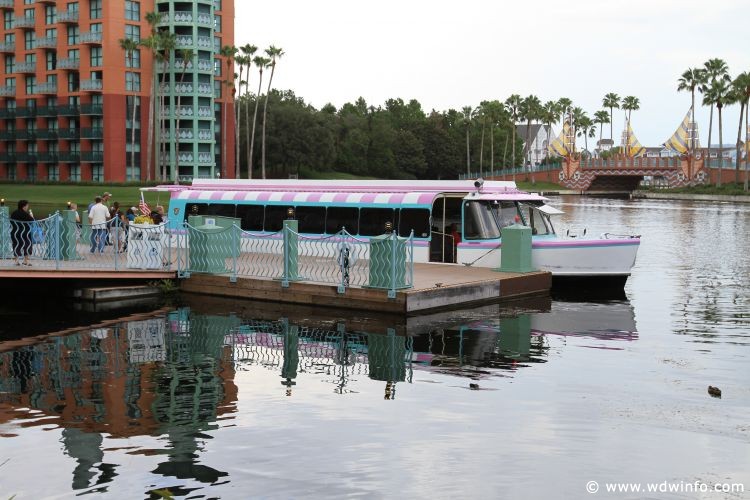 The Walt Disney World Swan and Dolphin Resort Hotel docks have been under refurbishment since May 7th and are expected to remain closed into next month. The FriendShip boat service, which takes resort guests to Epcot and Disney’s Hollywood Studios, has been temporarily closed until the docks are renovated.

The refurbishment was supposed to be completed by May 26th, but officials now project June 2nd.

In the meantime, guests at the Swan and Dolphin can take the bus service or walkway to Epcot and Hollywood Studios.