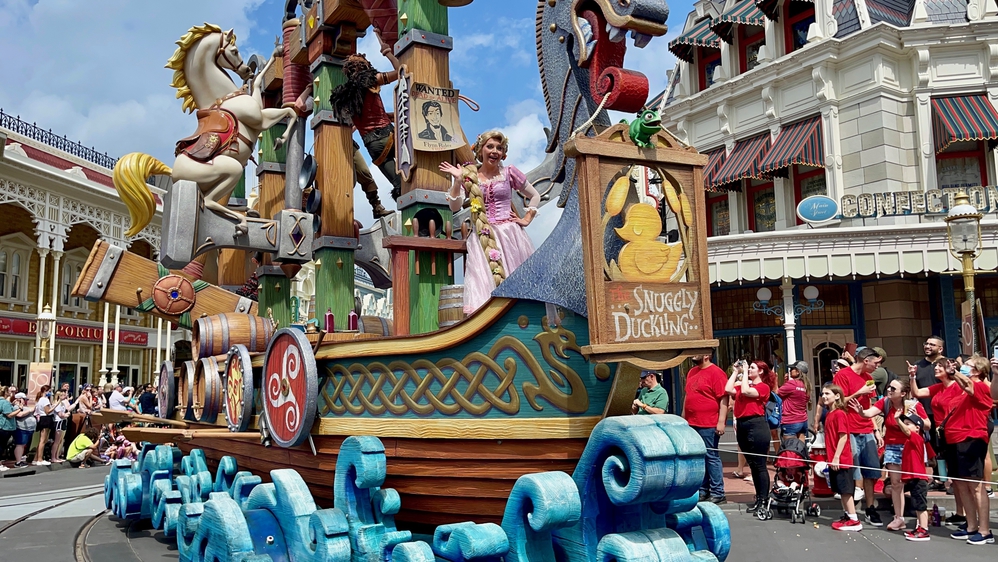 When the Festival of Fantasy Parade returned to the Magic Kingdom earlier this year, it ran twice a day, and the Cavalcades would run before and after the parade times.

The parade is currently performed at 12 pm and 3 pm everyday. Making it easy to plan your day around when you’d like to see the performance.

On the My Disney Experience app, the parade calendar shows that starting October 9th, the parade will only run once a day at 3 pm, just like old times. Now, remember the 3 o’clock parade begins in Frontierland, so it will take some time for it to reach Main Street U.S.A., be prepared to see the parade at around 3:10 pm if you are watching from there.

This change has impacted one of the Cavalcades; effective October 9th, Mickey’s Celebration Cavalcade will gain an 11:55 am performance.

I hope this helps you plan accordingly if you are visiting during this time of transition from two parades to one. Hopefully, this means they will have a full cast and the Brave float starring Princess Merida.

Why do you think they are making this time change? Let us know!