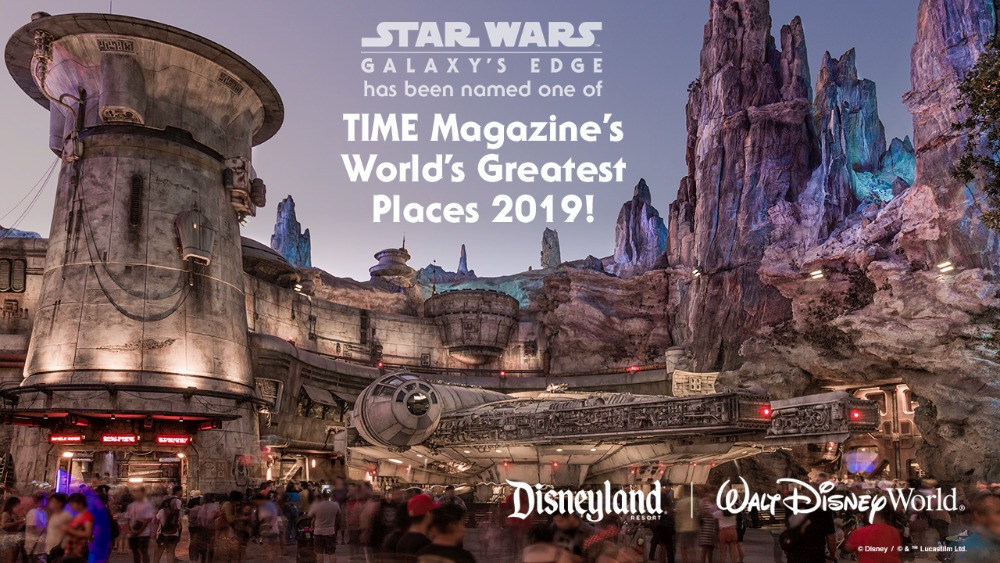 Each year, TIME Magazine recognizes 100 travel destinations around the world who they feel break new ground and lead industry trends by offering travelers an experience like no other.

This list has just been revealed and Disney has announced that Star Wars: Galaxy’s Edge has been named one of TIME Magazine’s World’s Greatest Places 2019.

Star Wars: Galaxy’s Edge at Disneyland opened to visitors on May 31, 2019, and all who enter “have been transported to a galaxy far, far away as they visit the largest single-themed land in Disney theme parks’ history.”

The countdown to the opening of Star Wars: Galaxy’s Edge at Walt Disney World Resort is on as it’s set to open one week from today on Thursday, August 29, 2019.