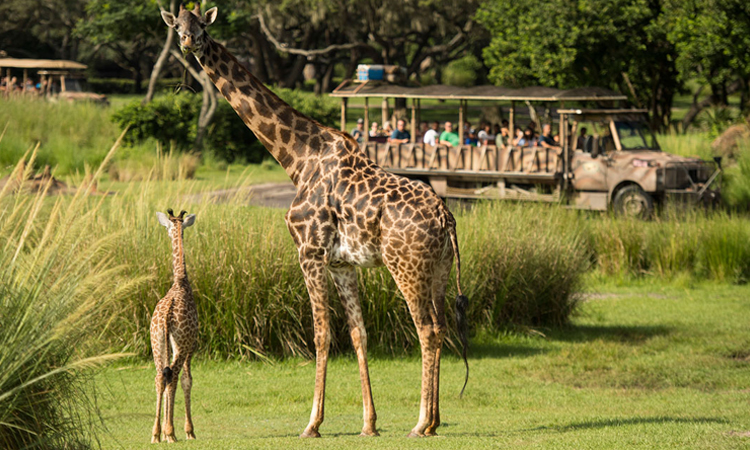 Over at Disney’s Animal Kingdom, Aella (pronounced “eye-la”) a two-month-old giraffe has officially been welcomed into the Kilimanjaro Safaris savanna. Next time you’re on the attraction be on the lookout for the shortest giraffe in the herd, as it is likely Aella, the two-month-old calf.

Aella had been in a backstage habitat with her mother Lily since her birth on June 29. While she is now matured enough to be out in the savanna, she will still be nursing for about a year. After that, she’ll join the other giraffes eating the “leaves off thorny branches from the tops and sides of trees.”

Her parents, Lily and George, were “chosen to breed through the Species Survival Plan (SSP).” The SSP “ensures responsible breeding of threatened and endangered species.” Her parents were selected as a pair because they were genetically diverse. This genetic diversity will help the “long-term survival of the species.”