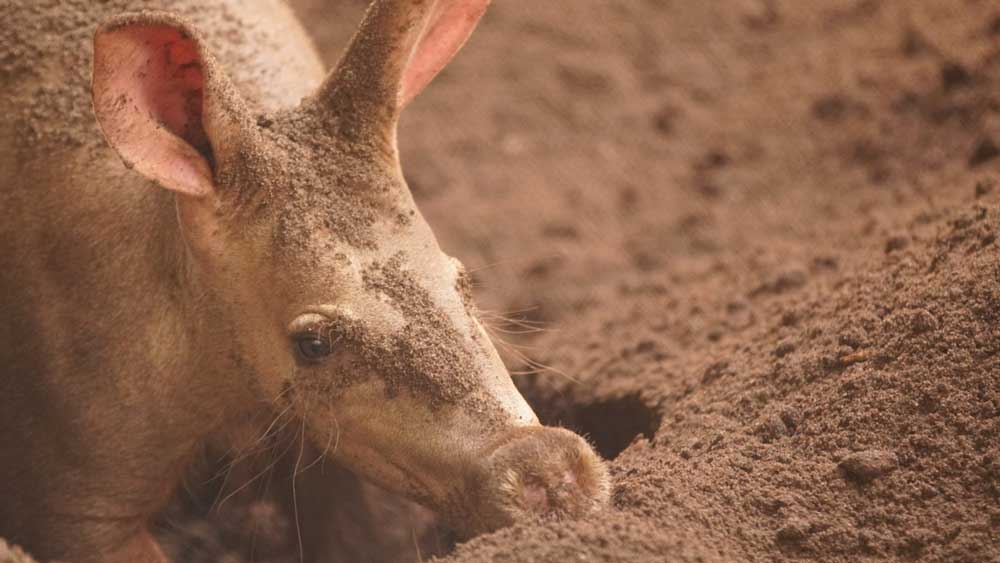 UPDATE 1/12/21: The Disney Parks Blog announced that the baby rhino born back in October received his name. Actually, he reveals his name in this adorable video below; take a look!

In addition to being a part of an awesome conversation, I was generously granted early access to all eight episodes of this informative series and watched them one after another straight through. One of the episodes in the series contained an arranged date night and it was too cute. As a result of the aardvark date night covered in one of the episodes, there is a new addition in the family!

Below (left) is a photo of Karanga, a female baby aardvark born earlier this month at Rafiki’s Planet Watch at Disney’s Animal Kingdom Theme Park. She is the first baby aardvark in her family – and in the park’s history, and keepers decided to name her after mom – Karanga means Peanut in Swahili. The photo below on the right shows Karanga with her mom whose name is Peanut.

Additionally, Kendi the white rhino gave birth to a baby boy this past Sunday.

“Kendi was paired with dad Dugan through one of the Species Survival Plans, which are overseen by the Association of Zoos and Aquariums to ensure the responsible breeding of endangered species. White rhinos are an endangered species with a near-threatened status. Some of their adventures in pairing will be featured in an upcoming episode of the Magic of Disney’s Animal Kingdom.”

The little one’s name hasn’t been announced just yet, but we’ll let you know when we hear!