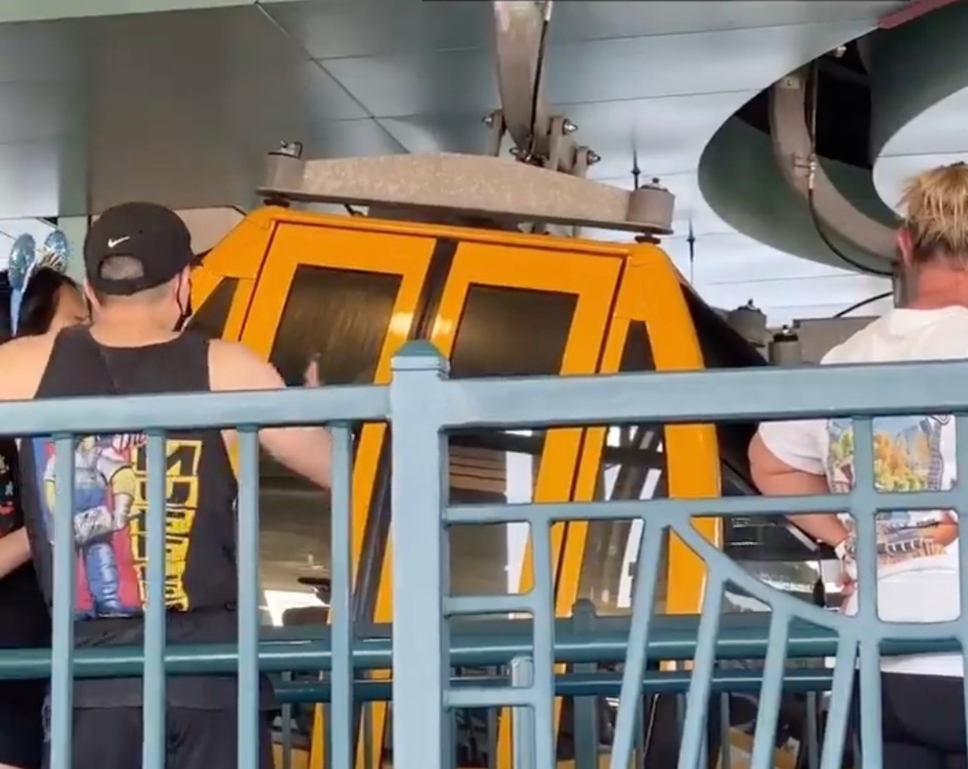 According to News 6, a Disney Skyliner incident occurred on Thursday evening at the Hollywood Studios station.

Using video shared on Instagram by @nextstopmainstreet, as well as a guest's account, News 6 reports that a Skyliner cabin appeared to become caught on something, causing it to collide with another cabin. The sound of breaking glass could be heard by guests in the station.

Thankfully, Disney has stated that no guests were in the cabins when the incident occurred, and Skyliner service to and from the Disney's Hollywood Studios station resumed later in the evening.