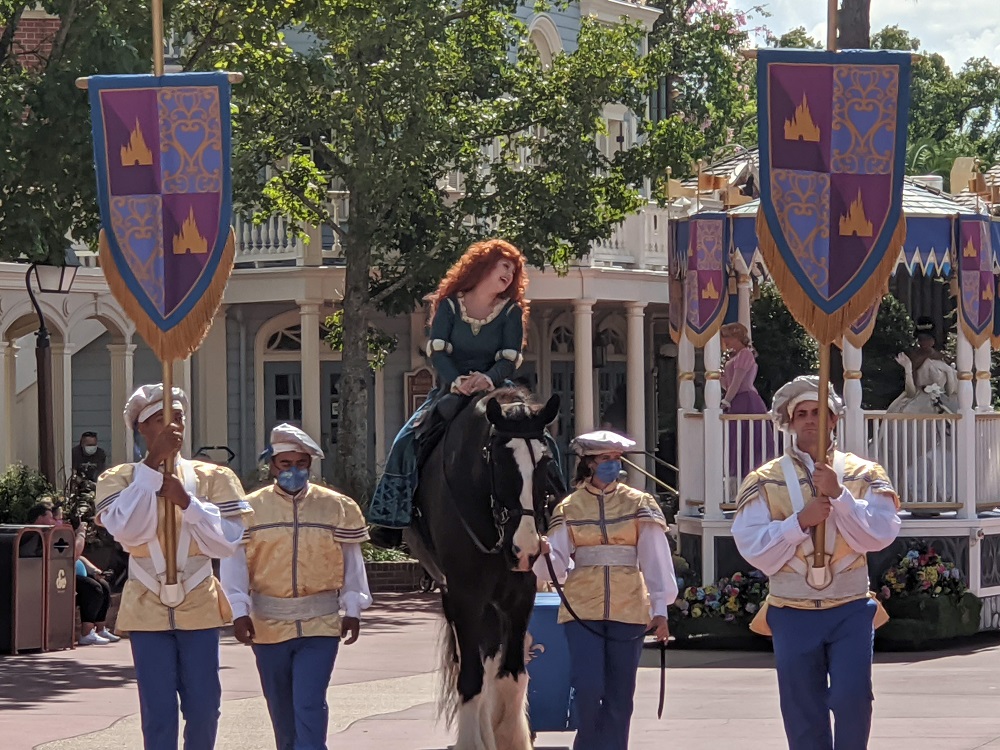 It’s been a very difficult year for most. Vaccines are becoming more widely available and people are looking to get out of the house and away from reality. Is a Walt Disney World trip a good way to get back out into the world? Let’s take a look at the pros and cons.

Pro: Disney World has reported that crowds for each park are capped at 35% of capacity for a day’s attendance. Lately, that capacity has been reached for every day at each park. Before spring break, you could routinely go to a park where 35% capacity had not been reached (just not Disney’s Hollywood Studios, which remains very crowded due to Galaxy’s Edge, Mickey and Minnie’s Runaway Railway and Toy Story Land). Even though the parks all reached capacity for spring break, the crowds were still a lot lower than previous spring breaks.

Con: Disney parks have not re-opened all attractions and shows. Most shows remain closed. This lack of attraction/show capacity can be felt at DHS. The Indiana Jones stunt show and Beauty and the Beast – Live on Stage are not open; those shows are huge people eaters and the lack of them is keenly felt with the crowded walkways and people waiting in long lines for Tower of Terror, Rock ‘n’ Roller Coaster and Millennium Falcon: Smuggler’s Run.

Con: Due to CDC recommendations, Disney has taped off space in queues to attempt to keep parties 6 feet apart from each other. In my experience, people do a poor job keeping to their tape lines in queues. Because of this, social distancing in queues is not always the best, but Disney has tried. At the end of the day, they cannot control the actions of every person in the parks.

Con: Because of the reduced capacity, Disney has not seen a need to reopen every table service, counter service and snack cart in the parks. Because of this, table reservations are increasingly hard to come by. If you can’t snag one 60 days out from your trip, you could be out of luck for a table service reservation. Though a tip for this is to check ADRs a day or two before your trip. People oftentimes do cancel ADRs a few days out.

Con: Disney has also not reopened every hotel. Port Orleans Riverside and French Quarter still have not re-opened, among others. If your family prefers to stay at one of those hotels, you are out of luck.

A lot of the open hotels don’t even have all their own food options open. Take Animal Kingdom Lodge, for example. The DVC portion of the hotel is open, yet the only table service option is Sanaa and the only counter service option available (outside of very limited operating hours for The Mara) is to order at the pool bar.

Pro: No FastPass. I can already hear the outrage, but stick with me on this. Ever since the Walt Disney World parks have reopened, FastPass has not returned. There is still a virtual queue for Rise of the Resistance, but that is a different beast.

I am very much enjoying the Disney parks with no FastPass. There is nothing more frustrating to me than standing still for 15 minutes in an attraction line while the FastPass queue continually moves by. This happened to me once on Spaceship Earth. I was about 20 or so groups back and we did not move for 15 minutes as the FastPass line was continually passed through. The cast member even held us in standby when people were just entering the FastPass line and still had to walk a minute or so to get to the merge point.

While FastPass was readily available for everyone, it got to be difficult to get more than 3 attractions a day. Even if you booked your first 3 attractions 9-10 am, 10-11 am and 11-12 pm, those are hours that are less busy at the park. Especially that first hour. By the time you tap in for your third ride there isn’t a lot left to choose from for the rest of the day. Sure, you can stare at your phone the rest of the day and try to refresh 100 times to find an open Flight of Passage FP, but I don’t think that’s a fun way to spend my day in the parks. If you only prefer to be in the parks for a couple hours a day, then FP probably works well for you. I’m someone who likes to spend my entire day in the parks and I find FP frustrating.

It could be something psychologically related, but I would much prefer to wait in a half hour line that continuously moves than a 20-minute line that stops and starts.

Disney Imagineering has also upped their queue game lately. A lot of new or refurbished queues are now a part of the story of the attraction and can be a lot of fun to look at. Some that come to mind are: Peter Pan, Millennium Falcon Smuggler’s Run, Expedition Everest and Flight of Passage.

I’ve also found attraction wait times to be largely overestimated on MDE. Sometimes they are spot on, but more likely than not they are very far off the mark and are much higher than the actual wait.

Pro: Disney parks strive to be safe environments. Masks are required by everyone older than 2 unless in a mask-free rest area or while actively eating/drinking/taking a picture. Cast members try their best to enforce this rule.

Social distancing markers are laid out at every attraction and everywhere that might require a line, including places to eat, shop and enter parks.

Con: Because of the social distance markers, attraction queues can sometimes extend into walkways. Frozen Ever After is a good example. I once saw the line for Frozen Ever After extend all the way from the Norway pavilion, wrap through the courtyard of the China pavilion, and extend out to the bridge leading to the African Outpost.

Con: It is not possible for Disney to police every single person in the parks. People will try to get away with lowering their masks, even though they agree to Disney’s rules upon entry. People will also sometimes ignore the social distancing markers for lines.

There are also some choke points in the parks where it is impossible to stay away from crowds. Fantasyland in the Magic Kingdom in between Peter Pan’s Flight and It’s a Small World immediately comes to mind as a good example.

Con: Nighttime shows at all parks remain closed. If a large part of your vacation enjoyment comes from fireworks, this is not the time for you to go.

Con: Characters are not doing traditional meet and greets. A scant few characters will talk to you and pose for pictures, but they remain behind barriers so you cannot get too close.

Pro: Disney has introduced character cavalcades in place of traditional parades. During random times throughout the day, characters will go by in horse-drawn carriages, single parade floats, boats or simply by walking. If you never liked waiting for characters or parades but still like to see the characters, cavalcades are for you.

Characters will also make random appearances in places like rooftops or other hard to reach areas. If you merely like to watch the characters for a minute or two and wave, then this is also a nice addition for you.

So what do you think? Do the pros outweigh the cons? Would you take a Walt Disney World trip right now?