The typical Disney Character meet and greets that we're used to are temporarily unavailable now that the theme parks have reopened, but the characters will be in the parks and visible to guests.

The Characters are an iconic part of any Disney vacation. For many vacationers, meeting them is almost as important as riding attractions or seeing a show. Disney Characters are appearing in the theme parks at Walt Disney World in a different way offering various new ways to interact and capture photos.

No matter your age, meeting a Disney character in a Disney theme park can be a magical experience. Whether you're five years old and meet your idol, Cinderella, or 50 years old and meet the boyfriend your dreams are made of, Flynn Ryder. Disney fans never think of a college kid in a costume when meeting characters. These characters are some of your best friends from Disney movies, your most favorite Disney Junior star, or your inspiration to "let it go." They are important and you want to meet them during your Disney vacation.

Meeting Disney characters during your Disney vacation can be so much fun, especially if you know a little about what to expect before your arrival.

Some characters, like Mickey Mouse, Winnie the Pooh, and Daisy Duck, do not speak while others like Belle, Cinderella, and the Mad Hatter do. The characters that talk, typically called face characters, are usually Disney princesses, for the most part. These characters know a lot about the movies they starred in and can be a lot of fun to interact with. The non-speaking characters are a whole lot of fun too. Their communication is not actually speaking, but body language.

Just about all of the Disney characters you meet at Walt Disney World can typically sign autograph books and they're happy to do it. The best pens to use are the fat ones that they can easily grab ahold of. Markers can also work well for this. It's best to hand the character the pen with its cap already off as most of them don't have opposable thumbs for that kind of thing. NOTE: Please be aware that Disney Characters are not signing autographs currently with social distancing in place.

You can read more about tips and tricks on character interaction over on the Theme Parks Attractions and Strategies forum at DISboards.com.

Where Can You Meet Disney Characters?

Some Disney characters have their own special meet and greet locations set up around the theme parks. They have backdrops from some of our most favorite Disney films and, in some cases, they have their own little building like the Sommerhus in EPCOT's Norway pavilion where guests can meet Anna and Elsa from Disney's Frozen. Although the traditional character meet and greet locations are not currently open, guests can interact with the Disney characters in the cavalacades that are presented throughout the day at the four major theme parks.

When you visit these locations, be sure to check out all of the amazing details while you wait in line. From the carpeting to the designs on the wall, you'll never run out of new details to discover and it's always fun to try to include them in your photos.

The lines to meet our favorite Disney character can often be long and while some have Lightning Lane available, they aren't an option for others. The queues to wait in line are often pretty fabulous, but if you're short on time, Character Dining will allow your family to meet a handful of your favorites while enjoying a meal at the same time – take a look below for all of the restaurants at Walt Disney World where Disney Characters are present. Remember, time is money on a Disney vacation! 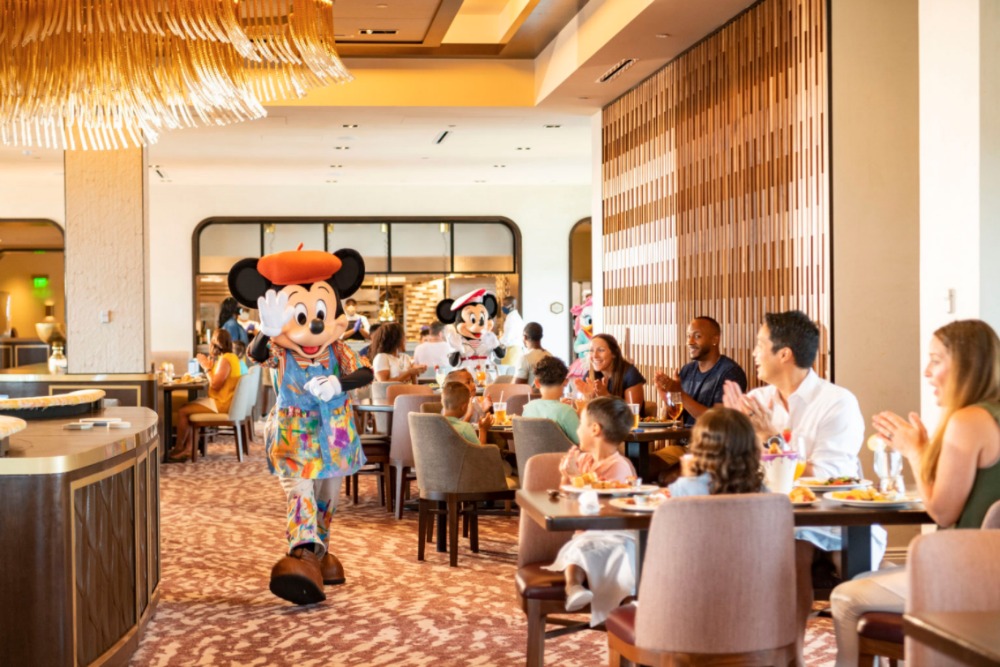 GET A NO-OBLIGATION DISNEY VACATION QUOTE