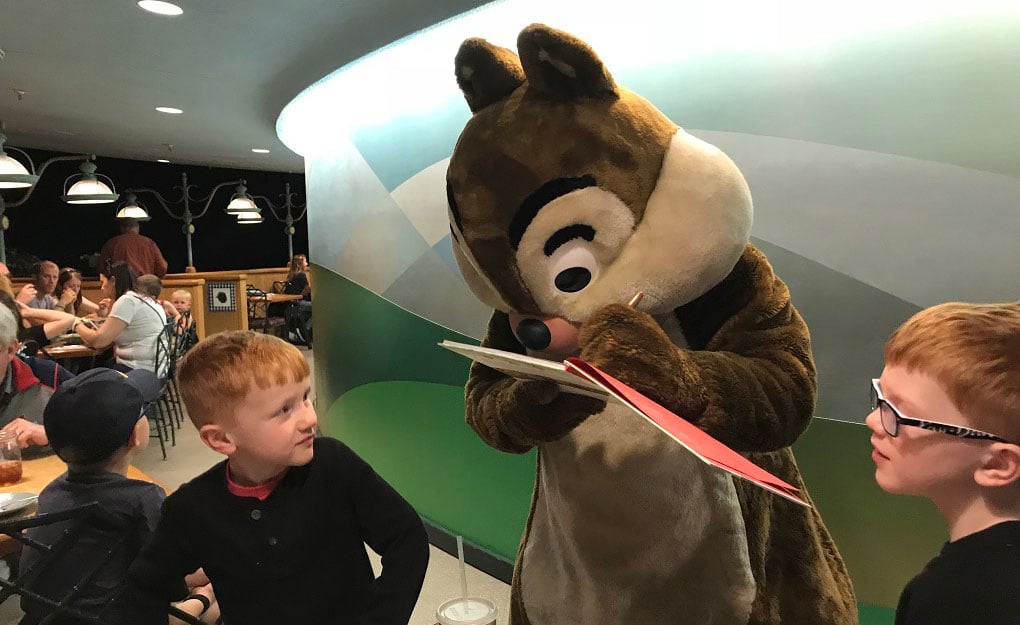 Are characters signing autographs becoming a thing of the past? I found myself wondering after our last trip to Walt Disney World this past December, 2018. So much so that it became a point of discussion in our house as we were reminiscing about our vacation.

At first contemplation of this question, you’re likely thinking, “Of course not! There are autograph books for sale at every single store, kiosk, and souvenir spot around the whole of Walt Disney World. Truly, I can only think of a handful of items as readily available as autograph books.”

It’s interesting then to consider that more and more characters don’t sign. And, what’s even more interesting in my opinion, is that new character experiences are being introduced where characters who previously may have signed, now, do not.

I offer up a few recent scenarios that make me wonder if, despite the blatant selling of autograph books everywhere, Walt Disney World character autographs are slowly dying. 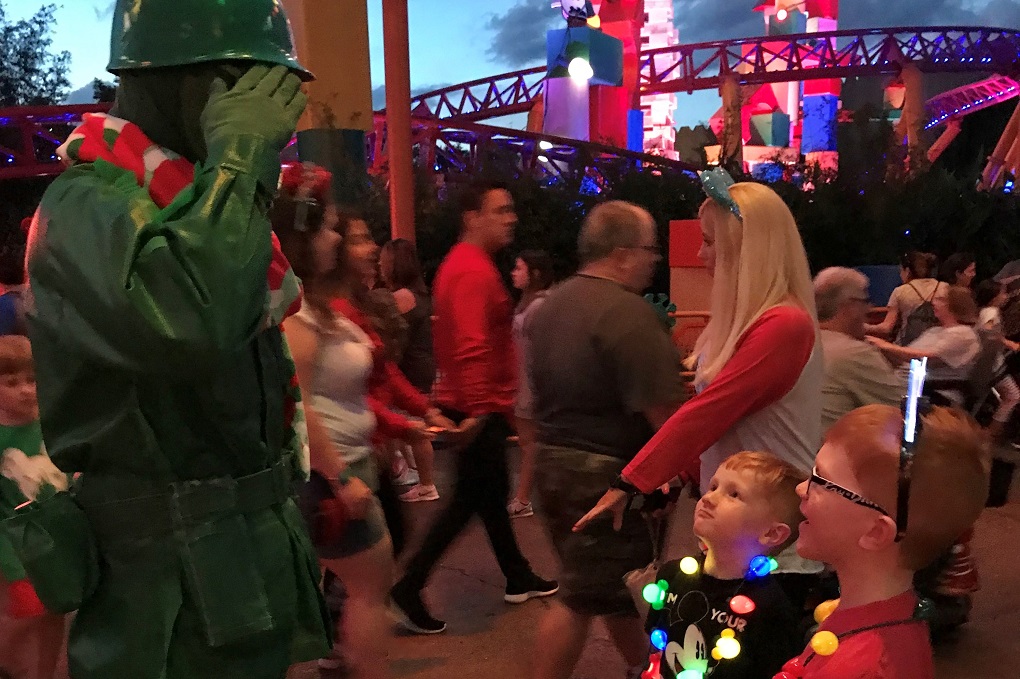 On our most recent trip and first visit to Toy Story Land at Disney’s Hollywood Studios, my sons ran into a Green Army Man and had an adorable interaction. Our little one had just purchased a bucket of Green Army Men, which made for great discussion. We didn’t happen to have our autograph frame handy (we bring a mat for a picture frame for each trip), but a little boy beside us did. The cast member who was escorting him around kindly mentioned that he wasn’t signing books at the moment. Now, it’s possible that he was in transit from one spot to another and would have signed at another time or place, but it stood out to me because we have a previous autograph from 2014 from a Green Army Man…that we met on the street. Was this an anomaly, or evidence that autographs may be going extinct?

On this same trip, my husband and oldest son went to meet Olaf with our autograph frame in hand. While the picture is cute, they came back to where we were meeting up and said, “Olaf doesn’t sign.” Now, if you look him up on the official Disney website, it says he will sign autographs — so maybe he will… sometimes? Like, after hours on a full moon? All I can say is that on the three most recent visits my family has taken, we have exactly zero autographs from Olaf. The logical side of me reasons that this could be because he has twigs for arms, but the Mom side of me knows that if a 3-year-old can draw a circle, Olaf should be able to draw a snowman. All of the time.

This same argument holds true for Kylo Ren, who we have met on multiple occasions and also doesn’t sign autographs. I imagine that the backstory of Kylo Ren is that his arrogance or bad-guy-ness makes him refuse to sign autographs, but that makes no sense in the mind of a 5-year-old. Couldn’t we have Kylo Ren sign with a sinister message? Little kids (and adults) all over Walt Disney World are creating their own keepsakes in the form of autograph books, signature mats, personalized pillowcases or canvas bags and coming up short on character signatures. The three scenarios above were all personal experiences from our family on our last Walt Disney World trip that left us wondering: Is Disney phasing out character autographs to save time? Are they willing to sacrifice a more personal interaction at the rate of saving a minute? 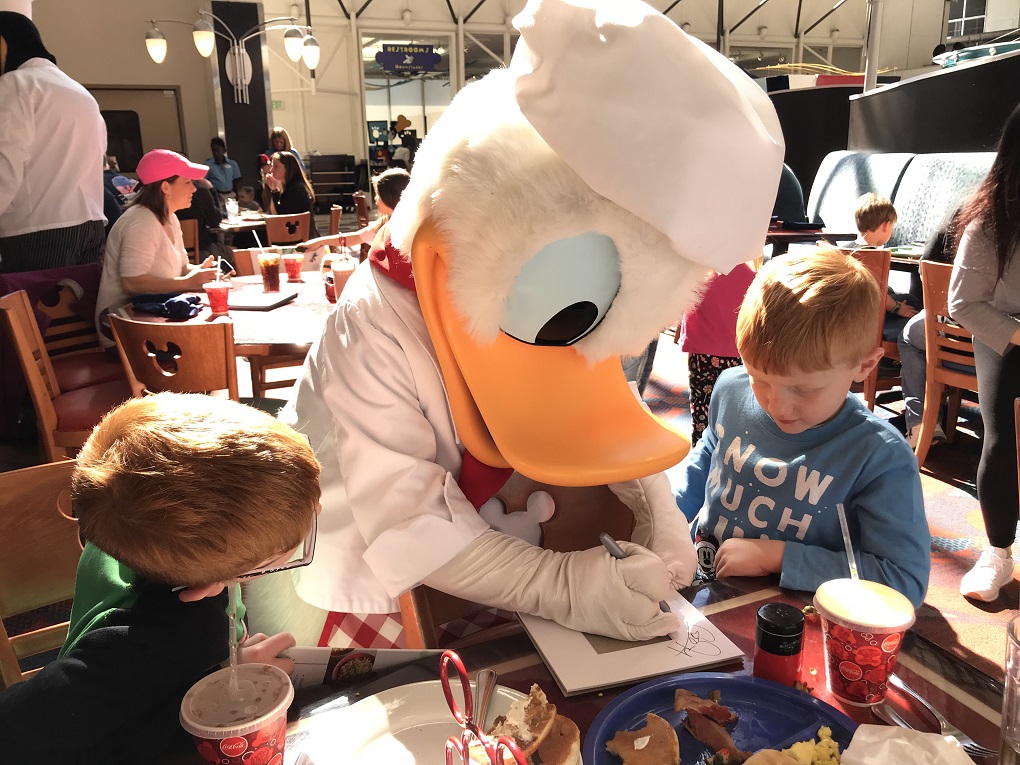 This leads me to the new experience I find myself most annoyed by: the Storybook Dining at Artist Point. At this new character encounter, guests are provided with a signature card in the form of an apple, containing signatures of characters at this meal. While this is adorable, it’s another example of characters spending less time with guests and taking personalization away from your vacation. What am I supposed to do with this apple? Glue it in an autograph book?

In my opinion, characters not signing with you makes the meet-and-greet feel more automated, like candy on a conveyor belt — churning out pictures as quickly as possible. The prices of Walt Disney World should ensure guests a more intimate experience. Now, I’ve read reviews saying that sometimes Snow White will sign if you ask, but if a card is provided to you, you’re less likely to pose the question. I can’t imagine many first-time visitors would feel like that was a possibility once they’ve been given a signature card. The simple act of providing them tells guests that these cards are the only autographs offered. The signature cards seem to be popping up more frequently also, as we were offered one at Mickey’s Very Merry Christmas Party while we were in line to meet Nick Wilde and Judy Hopps. The Christmas party was crowded this year with too many people and not enough time, but as a family who savors quality over quantity, I felt like signature cards instead of real-time autographs is “cheating.”

Again, I say less personalization, but more money. I would not be shocked to see autograph books morph into plastic sleeves to keep signature cards instead of the old-school paper form. This might seem outlandish, but with the slow demise of cast members serving as PhotoPass photographers and Disney moving toward automation, I don’t think any aspect of Walt Disney World is safe. 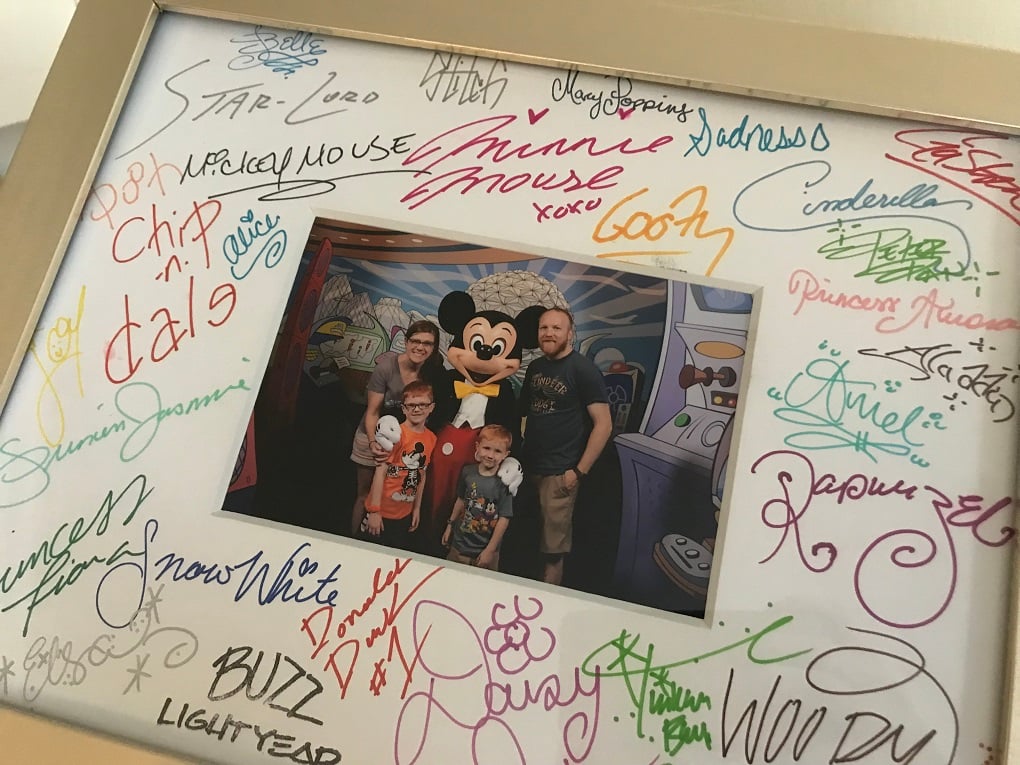