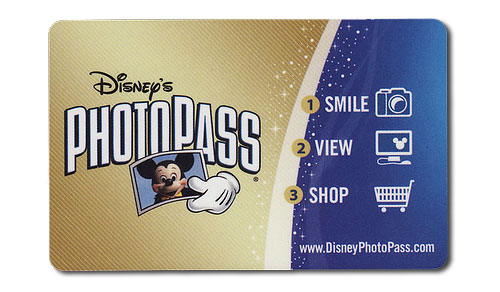 UPDATE 11/16/18: Disney has provided us with some additional information about the Automated PhotoPass that we want to share:

The most special part of a Disney vacation is the treasured memories guests take home with them, which is why Disney PhotoPass photographers will continue to play a key role throughout the Disney theme parks. Whether it’s capturing the moment when a family sees Cinderella Castle in Magic Kingdom Park or when Grandma, Grandpa, and the grandkids pose behind animal print frames at the Tree of Life at Disney’s Animal Kingdom Theme Park or when a young girl asks for a picture with Sebastian and he magically appears online when she views the photos in the My Disney Experience app, Disney PhotoPass photographers use their creativity to capture customized photos of guests every day.

Walt Disney World Resort will continue to have more than 100 locations where Disney PhotoPass photographers will personally capture these moments. Disney knows that their guests enjoy the interaction with their photographers and characters to create those magical, one-of-a-kind memories. They will be installing automated cameras at nine character greeting locations with the first location in use beginning in early 2019. Multiple cameras will capture numerous memorable moments during a character interaction, allowing guests to choose from a wider variety of character photos. While Disney PhotoPass Cast Members will no longer capture photography at these nine locations, photographers will continue to support the more than 100 other Disney PhotoPass locations across the theme parks so that they can use their creativity to take personalized photos for guests.

UPDATE: It’s been brought to our attention that the official Walt Disney World Twitter account has been responding to guests’ questions and based on some of their answers, it appears as though the Automated PhotoPass is not a rumor.

Thank you for your sharing your memory of Walt Disney World PhotoPass. We will continue to have over 100 locations where PhotoPass Photographers will capture photos. We will be installing automated cameras at nine character locations to capture moments of the experience.

This story will be updated as we obtain any new information.

Posters over on DISboards.com are always discussing the latest Disney Rumors and News and the most recent discussion that caught my eye is one claiming that some sort of automated PhotoPass is going to start replacing real photographers at select outdoor meet and greet locations around the Walt Disney World Resort.

While I’m not convinced that anything automated could properly replace an actual person capturing photographic memories, part of me wonders whether or not more photos could be taken during one meet and greet than a person could manage to take – although, I do realize there are special settings on cameras for making that happen.

Many people are jumping in right away to claim that this would be a less expensive way for Disney to take photos but technology is pretty expensive, so I’m not so sure about that. I am, however, not seeing a single positive comment on the thought of this actually happening.

While some outlets are reporting this as news, we’ve seen no official information that confirms it, so we thought we’d see what our readers think about it. Let us know in the comments below or join the discussion on our Facebook page.