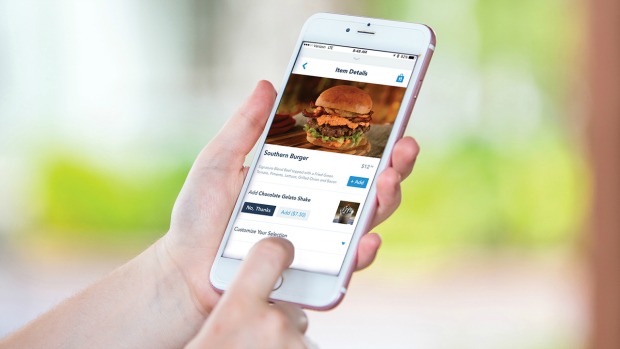 Guests can now order their meals at select dining locations throughout the Walt Disney World Resort using the My Disney Experience app on their mobile devices.

The app will allow guests to customize their orders and pre-pay, but the meal will not be prepared until the guest arrives and taps “I’m Here, Prepare My Order” on their mobile app. The app will then notify the guest when their meal is ready for pick up.

Important Note: Do not click "I'm Here, Prepare My Order" unless you really are or you're likely to be served lukewarm food!

Under “My Plans” in your My Disney Experience app, you’ll see “Order Food” and when you tap there, you’ll be taken to a screen that will list the restaurants you’re able to order from.

When you use the app to order, you can select menu items, customize your order, and pre-pay for your meal with a credit card.

Guests using the Disney Dining Plan (not available at this time) can now order their food via Mobile Order, a feature of the My Disney Experience app. Using Mobile Order allows guests to order their meal on their phone, pay in advance, and then skip the line once their food is ready. Mobile Order is available at most Quick Service locations throughout the Walt Disney World Resort (see the complete list above).

Anyone wishing to use Annual Passholder or other discounts, or to pay with a Disney Gift Card must place their order with a cashier.