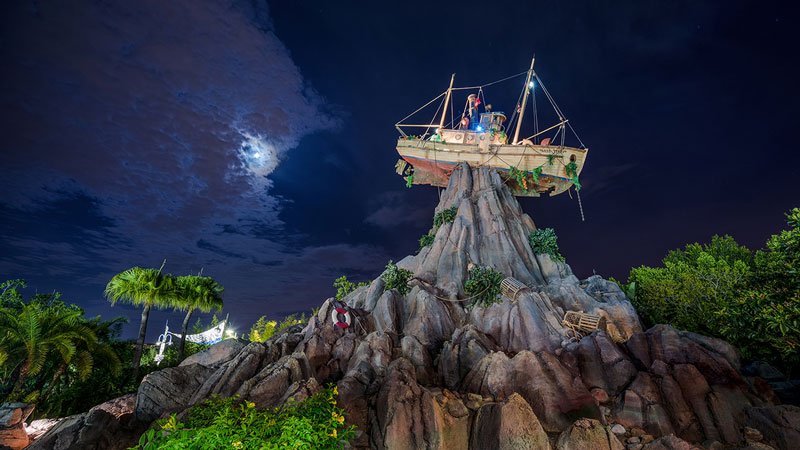 Disney’s Incredible Summer will see all sorts of exciting entertainment options added for the season, spanning not only all four Walt Disney World Resort theme parks, but now Typhoon Lagoon as well. During Disney H20 Glow Nights the water park will undergo a nighttime transformation into a Toy Story-themed beach party accompanied by characters, music, and some unique lighting effects.

Disney invites guests to “Come join the fun, dance on the beach, play party games, and meet up with Buzz, Woody and Jessie, plus, all attractions are open for guest enjoyment.”

H20 Glow Nights will take place from 8-11 pm on Thursdays and Saturdays, beginning June 21st and continuing through August 11th.

Admission for the event is $55 plus tax for adults, $50 plus tax for children ages 3-9; tickets are separate and not included in regular daytime admission. If you are interested in purchasing a ticket for Disney H20 Glow Nights, they go on sale March 19th and may be purchased by calling (407) 939-1872.

According to the Disney Parks Blog, this event was inspired by the Pixar animated short Partysaurus Rex: