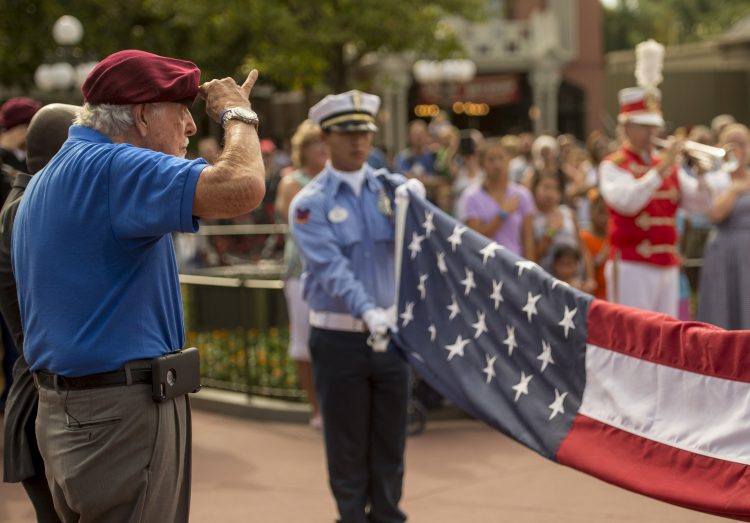 The 82nd Airborne Division’s chorus and brass quintet band performed before the ceremony at Liberty Square.

The Elite U.S. 82nd Airborne Divison is an airborne infantry that specializes in parachute assault operations into denied areas. The unit was in Orlando to commemorate their Centennial year at the 82nd Airborne National Association Convention.

Among the veterans honored at the ceremony was Mel Greene, who joined the division after World War II and has still supported active soldiers in the 82nd Airborne Division. Greene will receive this year’s All-American Medal of Honor, the highest award given annually to an 82nd Airborne Division veteran for their service.

This ceremony was no rare occasion for Disney, as the company is deeply rooted in the armed forces and often celebrates the sacrifices made by our military. The co-founders served in World War I and Walt Disney World carries out their legacy by hiring veterans and recognizing their service through these ceremonies.