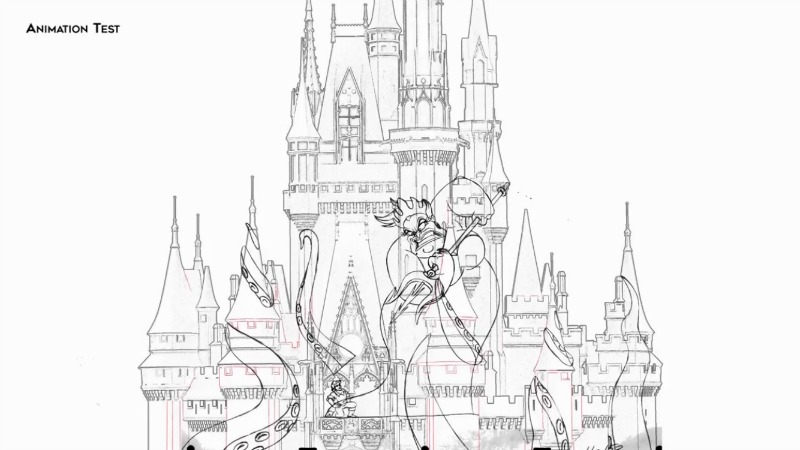 In addition to the latest in fireworks, pyrotechnics, lasers and lights, the much-anticipated ‘Happily Ever After‘ will feature new hand-drawn Disney character animation sequences [that didn’t exist in their respective films] of Ursula, Aladdin, Princess Tiana, and more. The new animation sequences “will be combined with innovative projection mapping technology that will bring these characters – as well as characters from more recent films like Zootopia and Tangled – to life as part of the show.”

As the anticipation builds for the new fireworks spectacular to make its debut at Magic Kingdom Park on May 12, we’ve got some behind-the-scenes footage to share as Animators Randy Haycock, Mark Henn, and Eric Goldberg discuss their experiences creating animation for ‘Happily Ever After.’