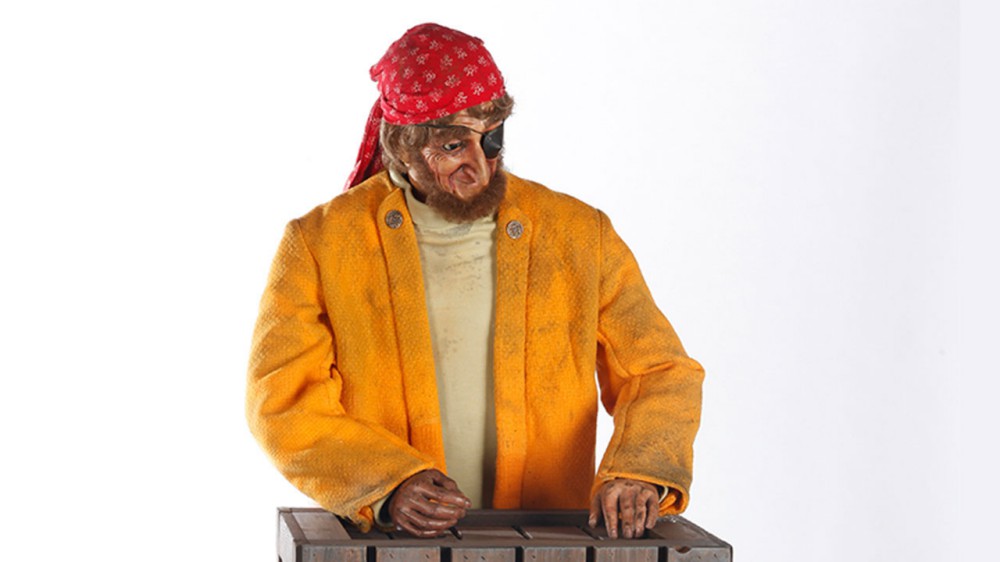 ShareTweetSubscribe
One of the highlights of each D23 Expo is the exhibit that the Walt Disney Archives puts together from its massive catalogue of memorabilia and props from Disney theme parks and films. At the 2015 Expo, the exhibit centered around the 60th Anniversary of Disneyland, but for this year's Expo, the Archives is tightening the focus and presenting an exhibit entitled, "A Pirate's Life for Me: Disney's Rascals, Scoundrels and Really Bad Eggs."

The 12,000-square-foot exhibit will feature a salute to classic Disney pirates from Captain Hook to Captain Jack Sparrow, plus audio-animatronic figures, props, costumes, and classic merchandise from the Pirates of the Caribbean attractions across the globe, including cannons from the original attraction at Disneyland Park. The Archives will also present a collection of "Fantastical Fashions," featuring dresses from some of Disney's live action films, including Enchanted, Maleficent, and Beauty and the Beast. The D23 Expo will be held July 14-16, 2017 at the Anaheim Convention Center.   Source: DisneyParksBlog/D23
ShareTweetSubscribe