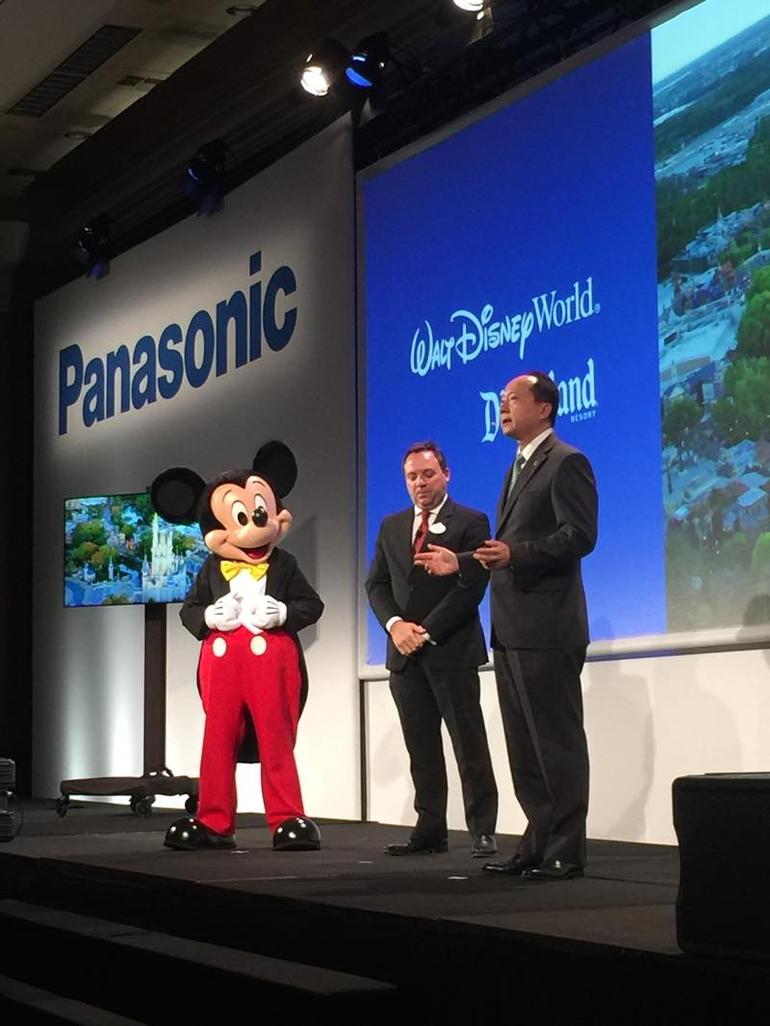 Earlier on January 4, 2017 at the Consumer Electronics Show in Las Vegas, Panasonic and Walt Disney Parks and Resorts announced that Panasonic Projection Imaging Systems will become the “Official Projection Technology” of the Walt Disney World Resort in Lake Buena Vista, FL and the Disneyland Resort in Anaheim, CA instead of just supplying them with projectors.

Panasonic currently holds a major technological presence at the Disney theme parks in the United States, including attractions such as Finding Nemo Submarine Voyage at Disneyland Park; Radiator Springs Racers at Disney California Adventure Park; Haunted Mansion and Seven Dwarfs Mine Train at Magic Kingdom Park; Frozen Ever After and Gran Fiesta Tour Starring The Three Caballeros at Epcot; and the upcoming Na’vi River Journey at Walt Disney World Resort’s newest and most immersive land, Pandora – The World of Avatar, at Disney’s Animal Kingdom Theme Park.

“Panasonic is delighted to work with Walt Disney World Resort and Disneyland Resort in exploring new ways in which its high-performance projectors may be used to support the Disney storytelling that has captured the hearts of millions of guests who have visited these iconic vacation destinations,” said Panasonic AVC Networks Company President Yasuji Enokido. “The Panasonic brand has earned the trust of generations and today we have a fresh technology vision to support the creativity and innovation of the Disney theme parks in the U.S.”