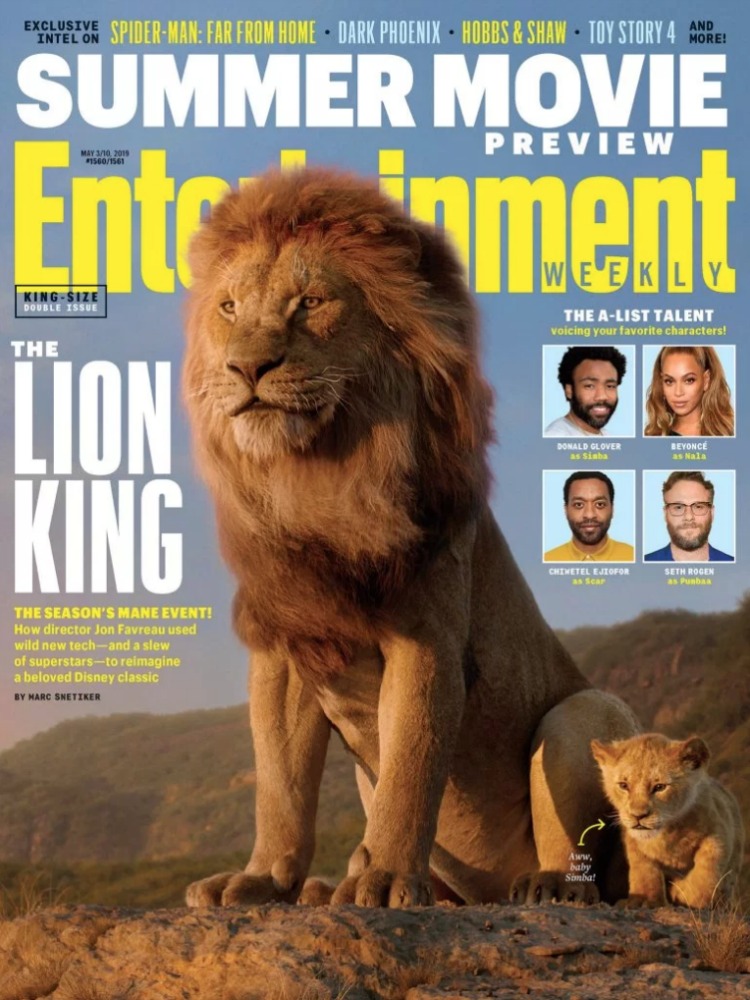 New images from Jon Favreau’s adaptation of The Lion King were shared earlier today by Entertainment Weekly giving fans a decent look into what a majority of the animals in the film will look like. Take a look:

Ask any crew member of The Lion King about “the Rafiki test” and you’ll get a crash course in just what it took to bring the animals of the savannah to astonishing animated life in Jon Favreau’s 2019 adaptation. The mystic mandrill, voiced by Black Panther‘s John Kani, was an early barometer for the technological capabilities that went into the making of the film. 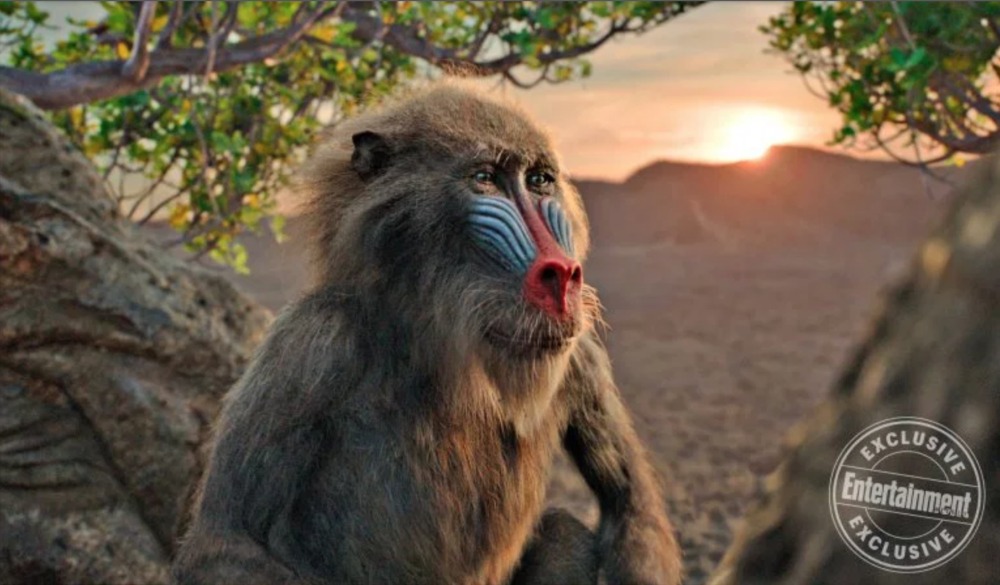 A young Simba (JD McCrary) trails behind his father (James Earl Jones, reprising his 1994 performance as Mufasa) in Favreau’s photo-realistic reimagining of this iconic scene, in which king Mufasa lectures his son about the bounds of the kingdom he’ll one day inherit. 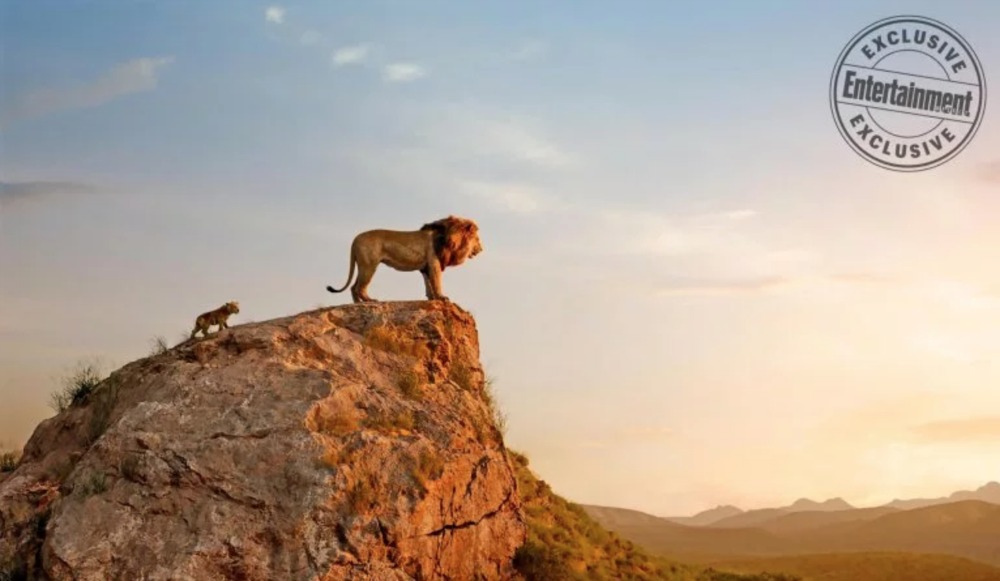 Exiled from his home, a now-grown Simba (Donald Glover) finds companionship in warthog Pumbaa (Seth Rogen) and meerkat Timon (Billy Eichner), whose philosophies on life may have offered a guiding light to the younger cub, but conflict with the older Simba’s memory of his father’s wisdom about the secrets of the stars. 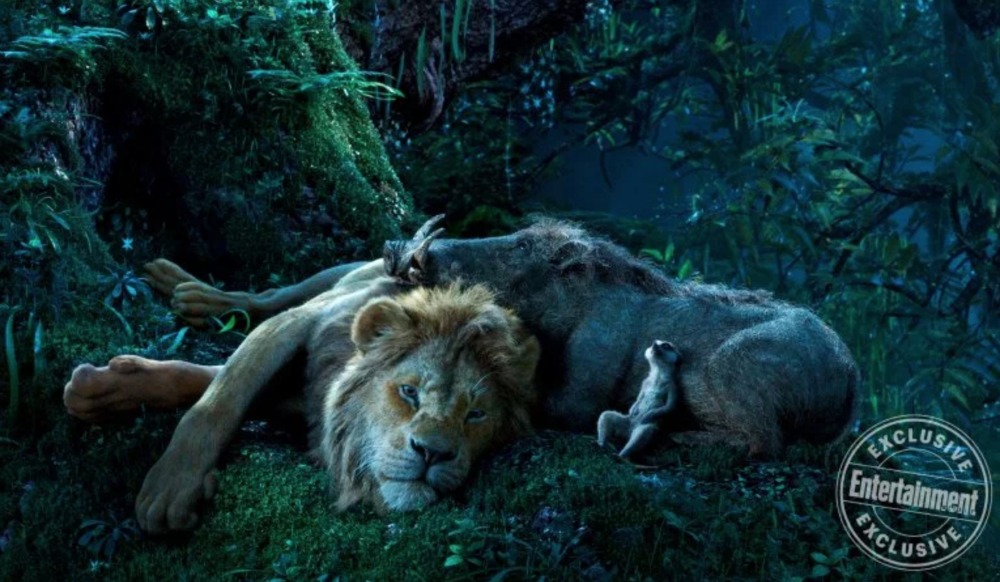 The trauma and psychological possession of Scar (Chiwetel Ejiofor), the black-sheep brother of Mufasa, is openly worn on the villain, who stakes his claim to the throne with the support of his vicious — and hungry — hyena cronies. (His most loyal trio, now named Azizi, Shenzi, and Kamari, are played by Eric André, Florence Kasumba, and Keegan-Michael Key.) 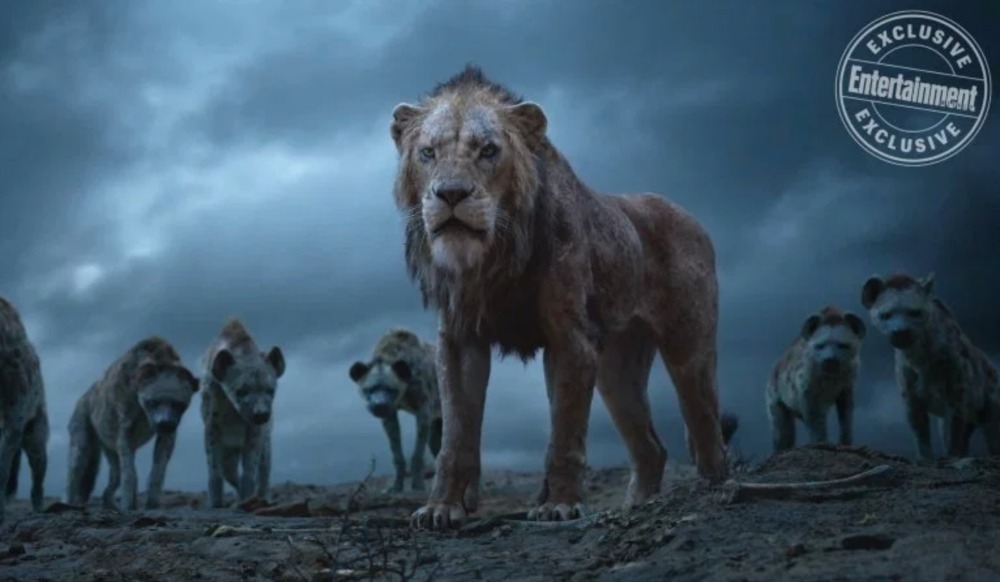 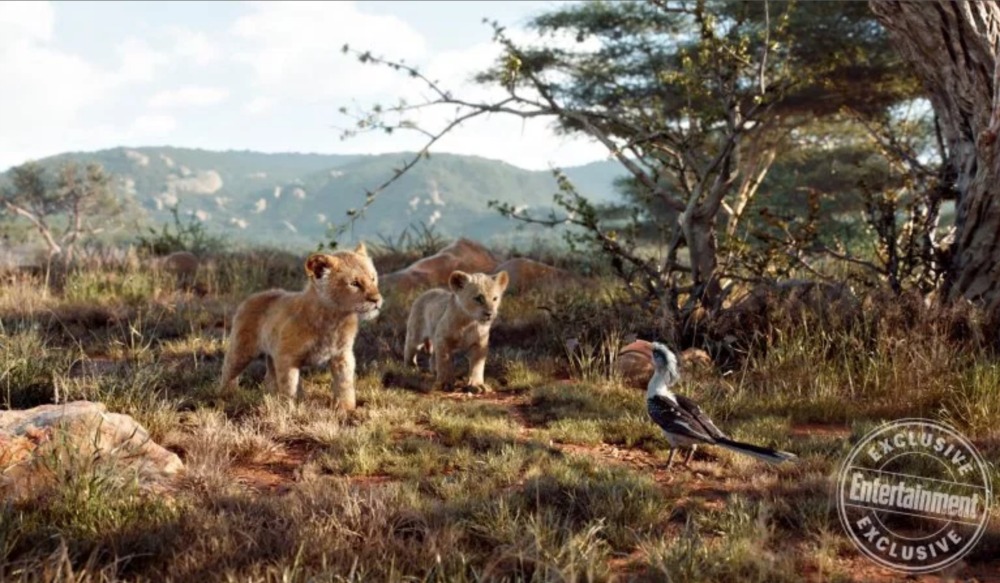 Circles have no end, but they do have a center in Pride Rock, the majestic mountain setpiece where the animal kingdom bends the knee (assuming they’re anatomically able) to king Mufasa’s royal family. 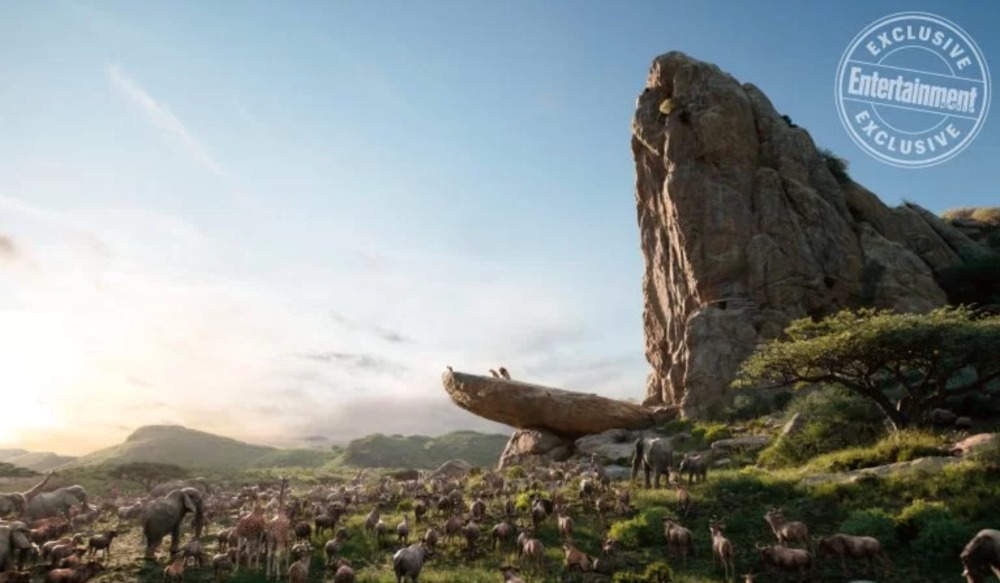 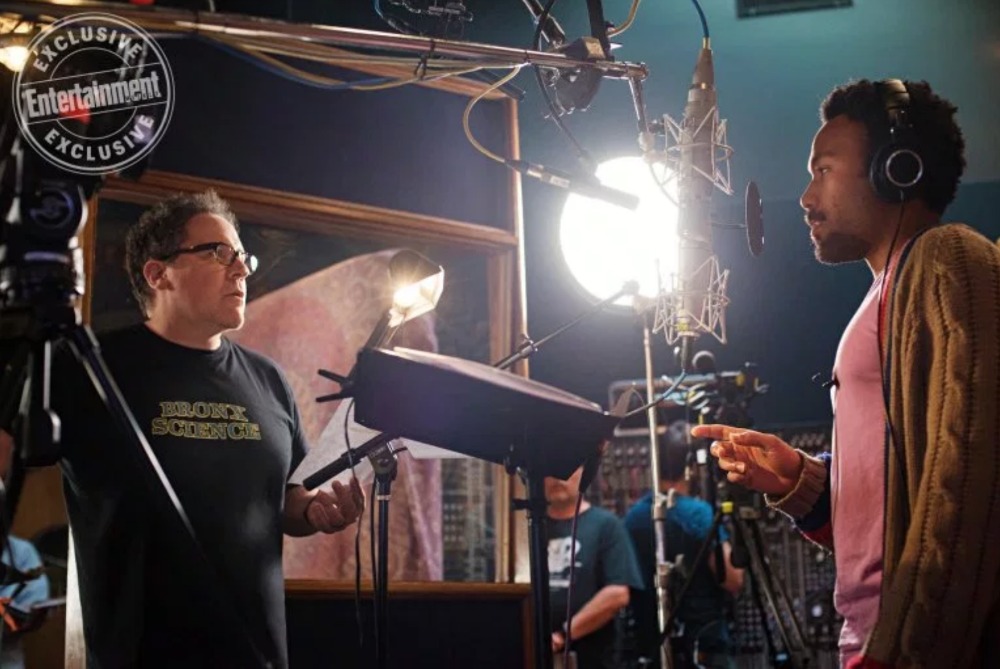