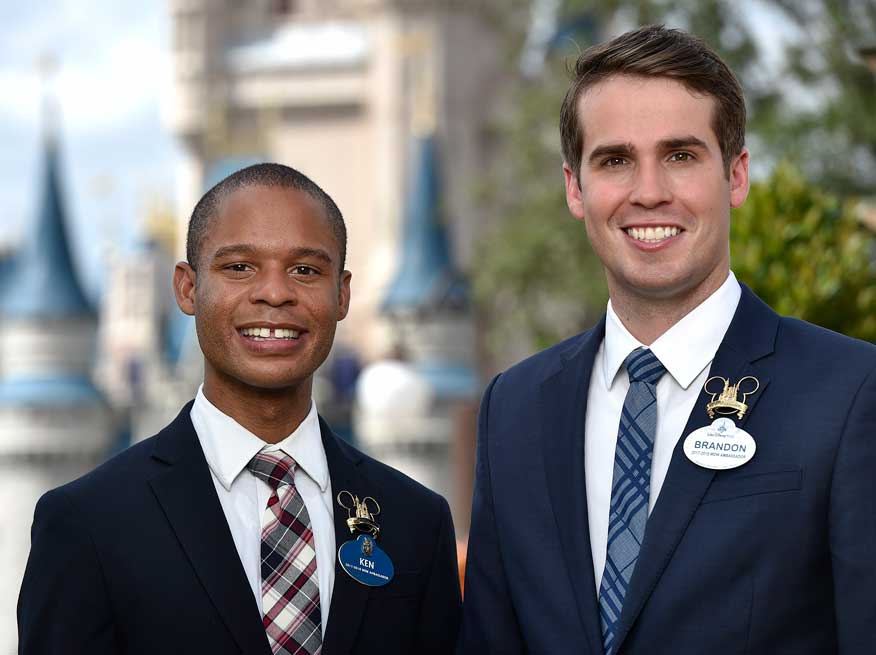 George A. Kalogridis, president of Walt Disney World Resort, said, “Today we selected two Cast Members who will continue the tradition of bringing to life the values that make Disney special, such as innovation, optimism and exceptional service. As they represent more than 74,000 Cast Members who call Central Florida home, Ken and Brandon will share our heritage and legacy with our guests, Cast Members and community.”

The tradition of choosing Ambassadors to represent the company began at Disneyland in 1965. These cast members were chosen to help relieve Walt from the constant media interviews and appearances that he was asked to do. The ambassadors serve a two-year term; the pair at Disneyland were just chosen last week.

Before being selected for this role, Brandon Peters was a performer in Entertainment and Ken Facey was a leader in Housekeeping and Custodial at Disney’s Grand Floridian Resort. Brandon grew up in South Florida and Ken hails from Brooklyn, NY. بيت فاينل

During their term, which lasts from January 1, 2017-December 31, 2018, Ken and Brandon will first undergo three months of training in Florida and California. اربح المال من الالعاب They will then attend and host many public events and ceremonies for the company.