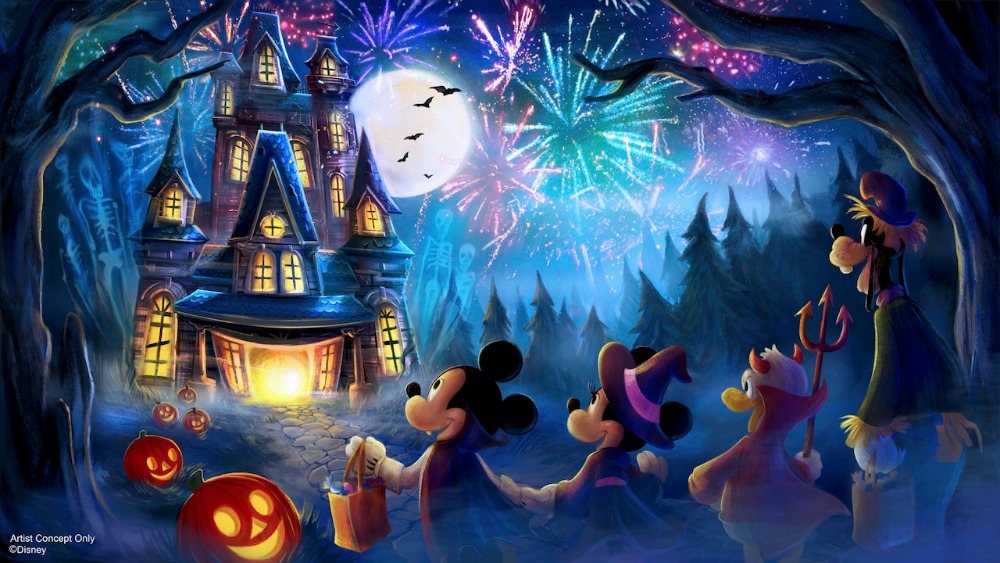 In 2019, the special event will take place on select nights from August 16 to November 1 and will feature many returning favorites along with all-new experiences, including the debut of a brand new fireworks spectacular. “As you can see above in the very first scene to be released, this new show will feature state-of-the-art projection effects, lasers, lighting and dazzling fireworks that come together to tell a not-so-scary story about how anything can happen on Halloween night. The show will take guests along on a trick-or-treating adventure, where four friends – Mickey, Minnie, Donald and Goofy – find themselves drawn into a mysterious haunted house. The journey takes them from one room of the house to another, encountering dancing skeletons, waltzing ghosts and a whole series of troublemaking Disney villains.”

Other returning favorites include:

And last but not least, the parties will feature attraction enhancements just for the Halloween party! Mickey’s Not-So-Scary Halloween Party tickets are on sale now.