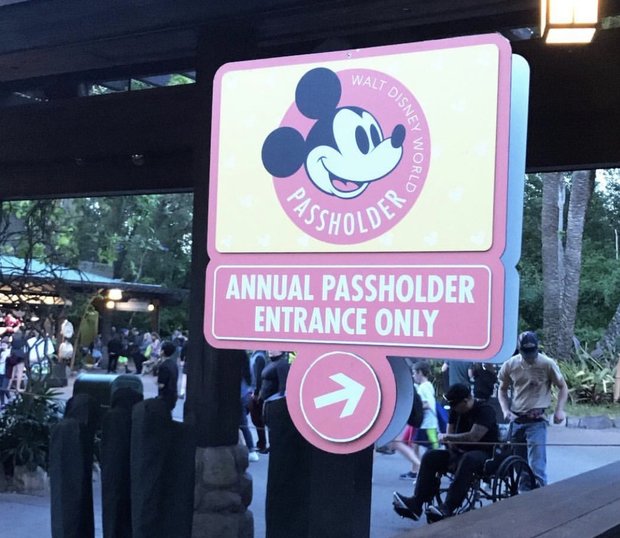 UPDATE: Ashley Carter with Spectrum News 13 was able to obtain an official statement from Disney seen in her tweet below:

"Passholders on the monthly payment program were incorrectly charged today. We are in the process of reversing these charges and apologize for the inconvenience this caused.” https://t.co/duXa1vCCSP

UPDATE: According to Disney, their payment system was updated overnight and caused the Annual Passholders' accounts to be charged. Disney is actively working to reverse these charges.

UPDATE: The payment system apparently underwent an update, causing the charges to appear on passholders' accounts. Disney is aware of the issue and working to resolve it. https://t.co/duXa1vCCSP

UPDATE: Just got through the phone with them. “It was a computer glitch, they know about it and are actively processing refunds”

Much to our surprise this morning, we noticed that our credit cards were suddenly charged for four months worth of Annual Pass monthly payments.

Apparently, we are not the only ones in this situation as the "mistake" is being reported by many folks on social media outlets. See the tweet below for some examples.

Looks like there are some unhappy @WaltDisneyWorld annual passholders.

Judging by a series of posts online, many APs are being surprised, finding auto withdrawals and charges. pic.twitter.com/zfurbtLdA6

While we have not yet been able to verify that this was indeed a mistake on Disney's part, as we're currently on hold with the Annual Passholder line at Walt Disney World, this story will be updated with details once we receive them.

The photo below shows my email, which, thankfully, the charge is only for one Annual Pass, but as you can see in the tweet above, some folks are reporting being charged more than $600!

If you are on a monthly payment plan with any of your Annual Passes, we recommend that you take a look at your account(s) right away. For reference, you can call the Walt Disney World Annual Pass line at (407) 939-7277.