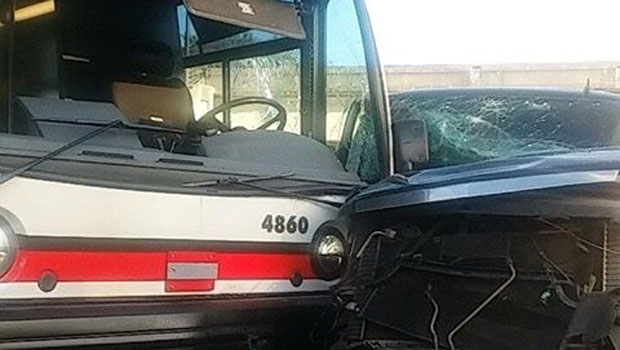 According to the Florida Highway Patrol, a Walt Disney World bus was involved in a collision on the night of Sunday, August 6th. Witnesses of the crash say the car ran a red light while traveling northbound on Buena Vista Drive, striking the side of the bus as it was exiting an Osceola Parkway off ramp.

The driver of the bus, Collins Yakep, suffered serious injuries. Of the 19 passengers on the bus, 2 suffered minor injuries and were taken with the driver to the hospital for treatment.

The driver of the car, Ritesh Bhagani, and his female passenger both had minor injuries and were taken to the hospital.

The collision is still under investigation; charges are pending against the driver.