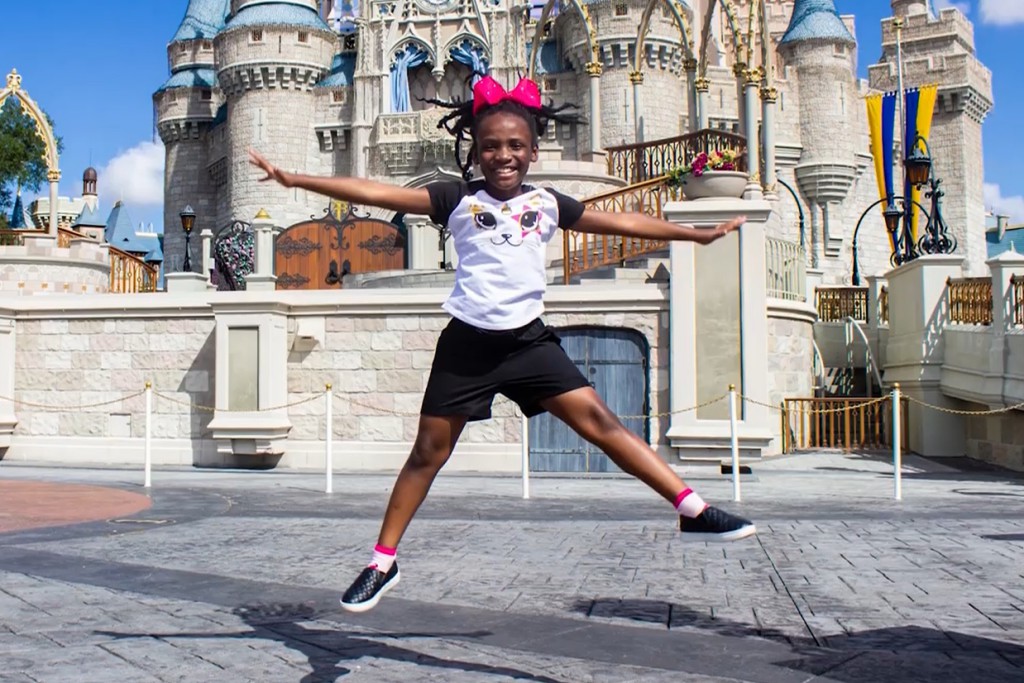 An 8-year-old girl who impressed guests (and went viral) with her impromptu dance with the Main Street Philharmonic Band was invited back to the Magic Kingdom to tell her story.

Video of Sydney Russell, dressed as Princess Tiana, was posted by her mom on Facebook and over 1 million views later it caught Disney’s attention.

During a visit for her birthday last week, Sydney went to Bibbidi Bobbidi Boutique at Disney Springs for a surprise Tiana makeover, then headed to the Magic Kingdom. While there, the family happened upon the band playing “When I’m Human” from The Princess and the Frog.

When a PhotoPass photographer saw Sydney dancing along to the music, he led her to a prominent spot in front of the band. Sydney says that she made up the dance off the top of her head. Adding, “I was just in my world and I was just living my moment. And when the moment was over, I was just like – did that just happen?”

During their return visit, Sydney’s mom, Tiffany McKinnon Russell, said that the Cast Member was “the real star.”

“We’re so glad Sydney could touch so many people and everyone can share in her joy.”

Here’s a look at Sydney’s story told during their return visit: