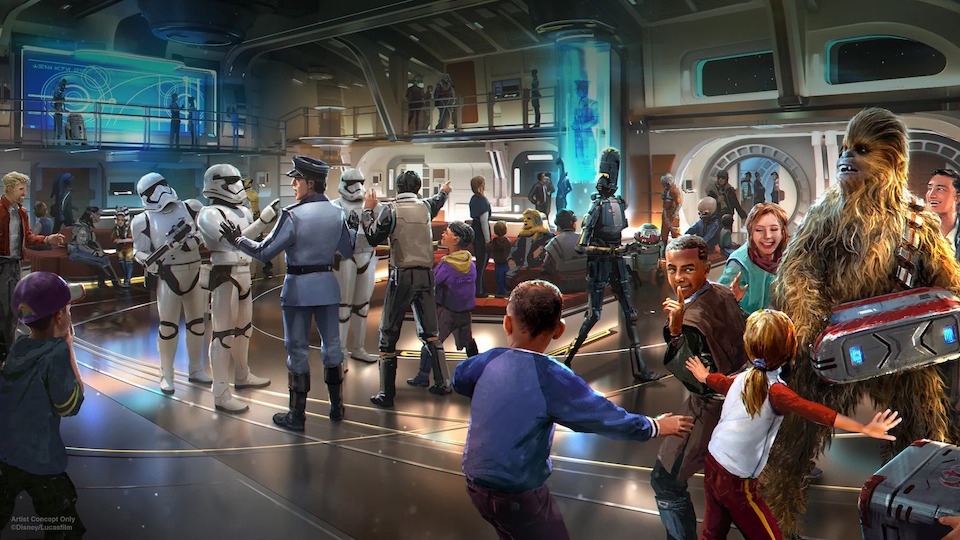 During your stay on the Halcyon, you’ll have the chance to live your own Star Wars story like never before. This will include Lightsaber and Bridge training, and an excursion to Batuu! There will be specialty dining and plenty of drinks flowing in the Sublight Lounge. Unexpected story moments can make your voyage even more memorable.

Sample pricing was released a while back and show prices starting from $4809 for 2 guests in a cabin, $5299 for 2 adults and 1 child in a cabin, and $5999 for 3 adults and 1 child in a cabin. This pricing includes your 2-night stay, all of the immersive entertainment, food and non-alcoholic beverages on the star cruiser and a quick-service meal at Docking Bay 7, admission to Disney’s Hollywood Studios, valet parking, and an exclusive Star Wars: Galactic Starcruiser data band (or a MagicBand).

Will you be taking a voyage on Star Wars: Galactic Starcruiser?