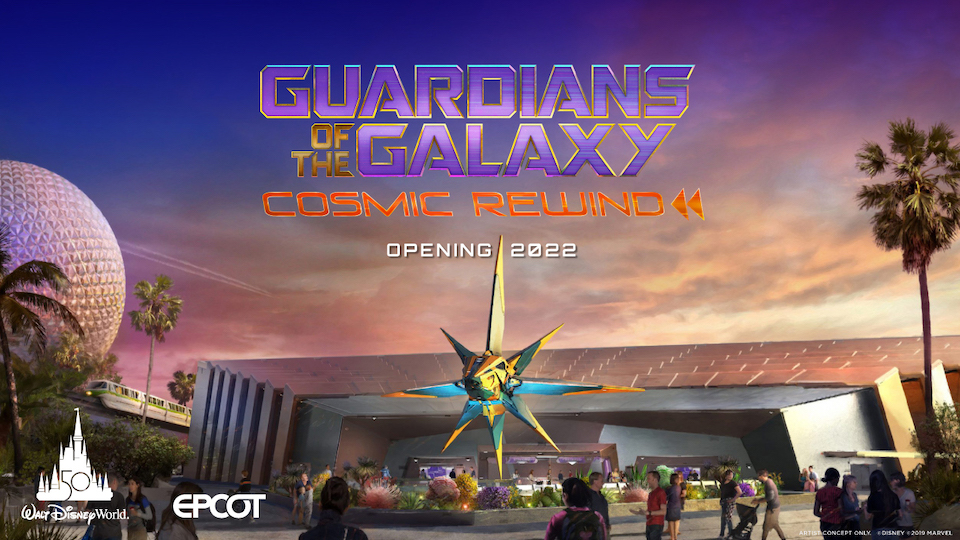 During a virtual event for Walt Disney World’s 50th Anniversary celebration, it was announced Guardians of the Galaxy: Cosmic Rewind will open in 2022. It appears for the most part that the pandemic did not impact construction time on the project and guests will be able to start visiting Xandar extremely soon!

The coaster features characters from the hit Marvel movie Guardians of the Galaxy. The coaster will literally be able to spin you around, so Imagineers are able to control the story you see making it an Omnicoaster, similar in name to the Omnimover ride system utilized in Haunted Mansion and a lot of other Disney attractions to control what you see.

I had a chance to go inside the ride building, no photos or videos of course, and it looks wildly impressive. It’s relatively tall, but there didn’t appear to be any massive drops, but plenty of twisting and turning in a giant massive building. This is just the second part of the attraction with the first taking place in the space formerly occupied by Universe of Energy.

We’ll update you when we have an exact opening date for Guardians of the Galaxy: Cosmic Rewind, but get excited!