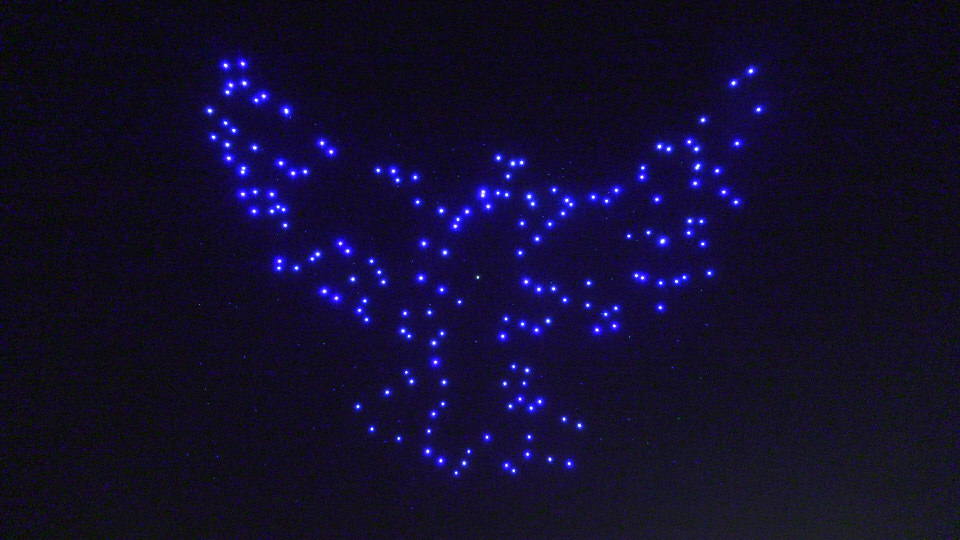 Since Disney received FAA approval to use drones for nighttime shows, it was assumed that we would see a show making use of the technology sooner than later and it took relatively no time at all. Project Aurora, which is now called Starbright Holidays – An Intel Collaboration, has begun to light up the skies at the West Side of Disney Springs. The show makes use of 300 drones dancing in the skies to make objects like Christmas trees and angels to a delightful orchestral holiday score.

The show actually is on the shorter side, only about 5 minutes due to battery life of the drones, but it is incredibly impressive to see the potential that using drones has. The best place to view the show is behind Bongos looking out towards Saratoga Springs. The show had its first preview during a media event, but it will be happening this holiday season and we will update you with more information as it is revealed.