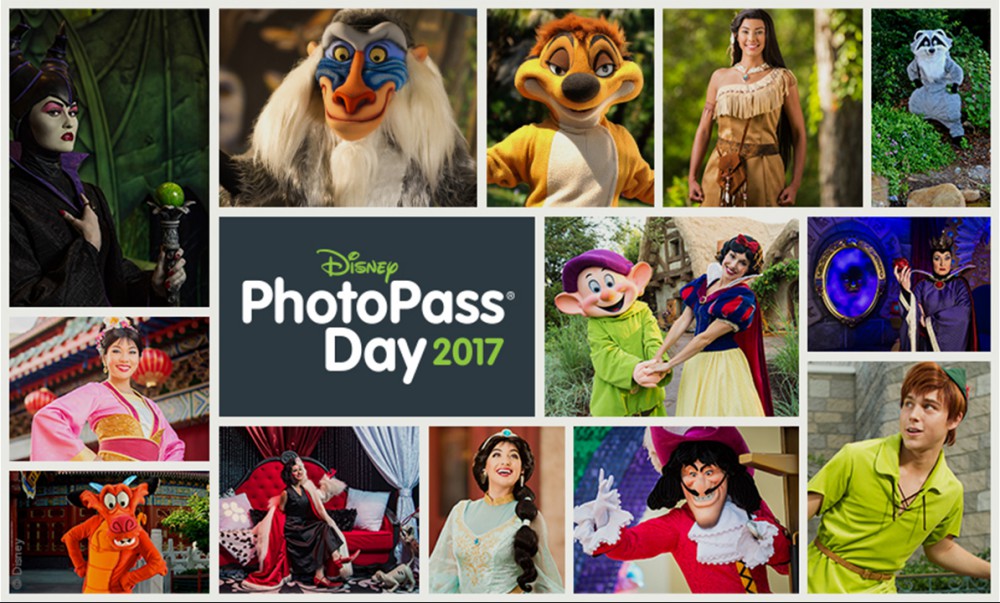 Now, Disney has released details of the special opportunities that will be available around the resort on that day.

Disney World also announced that they will be celebrating the Disney Princesses on PhotoPass Day in honor of the Disney’s “Dream Big, Princess” campaign. Guests can also check out the Dream Big Princess photo backdrop near the park entrance (during the day) and a Jungle Book Magic Shot near Yak & Yeti Restaurant. Each evening from 9pm to 10pm, PhotoPass photographers will add magical Mickey light effects to guests’ photos. The villains will be out at Disney’s Hollywood Studios where guests will be able to meet Maleficent, the Evil Queen, and Cruella de Vil at Sunset Showcase from 10am to 5pm.

In addition, guests will find the Dream Big Princess photo backdrop outside the Theater of the Stars (during the day), a Poison Apple Magic Shot on Sunset Boulevard, and a Fisheye lens in the Chinese Theatre Courtyard. Over at Epcot, the Genie will join Princess Jasmine in the Morocco Pavilion and Mushu will join Mulan in the China Pavilion.

Other opportunities include the Dream Big Princess photo backdrop near Epcot Character Spot (during the day), Baymax Animated Magic Shot near Mouse Gear, and a Fisheye lens near the fountains close to Spaceship Earth’s entrance. At the Magic Kingdom, Dopey will join Snow White in the Town Square Courtyard and Captain Hook will join Peter Pan in Fantasyland.

Guests can also pose in front of the Dream Big Princess photo backdrop (during the day) and Cinderella’s Coach in Fantasyland. Guests will find a Mickey Mouse Magic Shot on the bridge near Fairytale Garden and a Main Street Vehicle near the Plaza Ice Cream Parlor (until early afternoon), plus the Tangled light painting photo opportunity will be available after dark near Ariel’s Grotto. There will also be some opportunities at Disney Springs, where the Dream Big Princess photo backdrop will be next to the Marketplace Stage and a PhotoPass photographer will be featuring the Fairy Wings Magic Shot near Tren-D (from 1pm to 10:30pm). Guests can also visit the Disney PhotoPass Studio at Disney Springs to order a Personalized Storybook for the special price of $99.95 plus shipping. The special pricing is good now through August 20th.

To access PhotoPass Photos from Disney PhotoPass day, guests can purchase Memory Maker One Day in advance or on the My Disney Experience app.